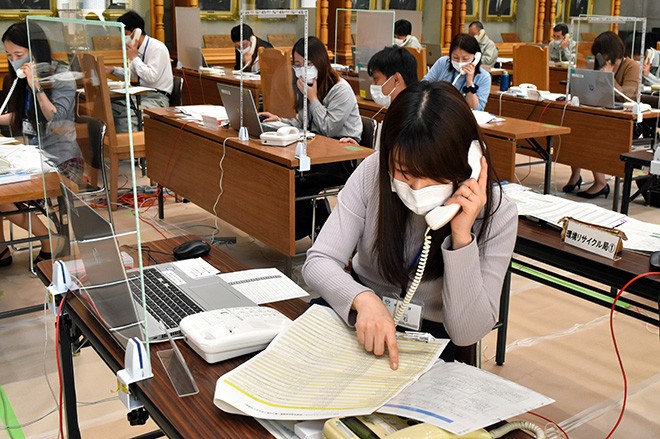 A telecommunications giant has been forced to take measures to prevent the extremely high volume of callers seeking appointments for COVID-19 vaccine shots from overwhelming the phone system.

About 200 municipal governments started taking appointments for vaccinations for people aged 65 or older that morning.

When those numbers were besieged with phone calls, callers would get a busy signal.

If certain numbers receive too many calls, callers from both landlines and mobile phones hear an automated voice message that says, “The line is currently busy.”

As of 10 a.m., some municipal governments’ lines were busy.

The companies said such measures do not cause callers to have even more difficulties in getting through to call centers.

When the lines are busy, NTT East said the callers should either call back later or make an appointment through the internet or other means.

The companies took the same measures on May 6. But the heavy call volume that day exceeded their expectations.

The telecommunications capacity was so overwhelmed that the companies limited incoming calls from landlines throughout Tokyo to ensure that emergency calls could continue getting through to police and fire departments.