Keidanren chair to step down due to suspected cancer relapse 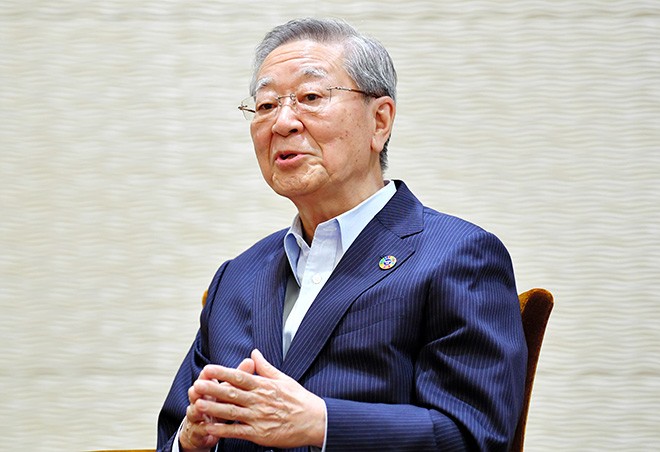 Hiroaki Nakanishi, the head of Japan’s most powerful business lobby, Keidanren (Japan Business Federation), will step down on June 1 over suspicions that lymphoma has resurfaced in his body, sources said.

Nakanishi, 75, who is also chairman of Hitachi Ltd., will be the first chairman to resign from the post at Keidanren before his term expires since 2002, when the former Keidanren and Nikkeiren (Japan Federation of Employers’ Associations) merged.

Nakanishi has been hospitalized for lymphoma treatments for nearly a year. He told Keidanren that he will resign as chairman, sources said.

Keidanren held a board meeting on the afternoon of May 10 to select Masakazu Tokura, chairman of Sumitomo Chemical Co., as a candidate to succeed Nakanishi. Tokura, 70, is expected to be formally appointed to the post at Keidanren's general meeting on June 1.

He has been vice chair of Keidanren’s board of councilors since 2019, after he served as the group’s vice chair for four years.

Nakanishi has been undergoing chemotherapy for relapsed lymphoma since he received the diagnosis in July 2020. In March, he said his symptoms were alleviated, but he later revealed that he learned about a possible recurrence of lymphoma, according to the sources.

Nakanishi became chairman of Keidanren on May 31, 2018, replacing Sadayuki Sakakibara. Nakanishi was about to start his final year of his four-year term after the upcoming general meeting.