Southwestern islands to be listed as World Heritage site 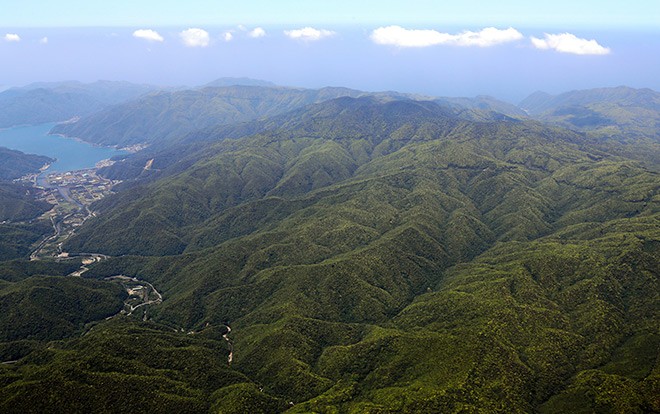 Mount Yuwandake on Amami-Oshima island is part of Amamigunto National Park in Kagoshima Prefecture. The Amami rabbit and many other indigenous species inhabit the mountain and nearby area. (Asahi Shimbun file photo)

Outlying isles in southwestern Japan with extremely rare species of animals and plants are expected to be included in the UNESCO World Heritage list this summer as the nation’s fifth such natural site.

A UNESCO advisory body called the International Union for Conservation of Nature recommended adding the islands of Amami-Oshima and Tokunoshima in Kagoshima Prefecture, the northern part of Okinawa Prefecture’s main island, and Iriomotejima island, to the list of natural World Heritage sites, the government said May 10.

Their additions to the list will become official during an online meeting of the UNESCO World Heritage Committee, scheduled to start on July 16.

The subtropical islands have a rich biodiversity, home to 95 globally rare, endemic species, as of when the Japanese government nominated the islands for World Heritage recognition.

Among the unique species is the Amami rabbit, which is designated as a special natural treasure by the central government. It only inhabits the Amami-Oshima and Tokunoshima islands. The rabbit has been identified as an evolutionarily distinct and globally endangered (EDGE) species.

“Amami-Oshima is a habitat for many globally rare animals and plants,” said Mamoru Tsuneda, a nature photographer based on the island. “The island is a natural treasure trove of the world.”

But with some 300,000 visitors descending on the island in a normal year, local officials plan to restrict the number of tourists to preserve the local ecology.

“We want to wisely take advantage of the nature of our island and protect it,” said Takafusa Morimoto, a veteran nature guide who lives on Iriomotejima.

The northern part of Okinawa’s main island is inhabited by the Okinawa rail, one of the non-flying species of the rail family of birds. It is close to extinction.

The government first nominated the islands for the listing in 2017. In 2018, however, the IUCN proposed postponing the registration and called for a wholesale review of the nomination plan.

In particular, the IUCN found fault with the exclusion of a vast forest from the area nominated for the World Heritage site. The forest, inhabited by the Okinawa rail and many other endangered species, had been returned to Japan after being used by the U.S. military as a training site.

Based on the advisory from the IUCN, the Environment Ministry incorporated about 90 percent of the returned land into Yambaru National Park to protect the species.

The government nominated the islands again in 2019.

(This article was compiled from reports by Toshio Kawada, Minako Yoshimoto, Maho Fukui and Makoto Hokao.)