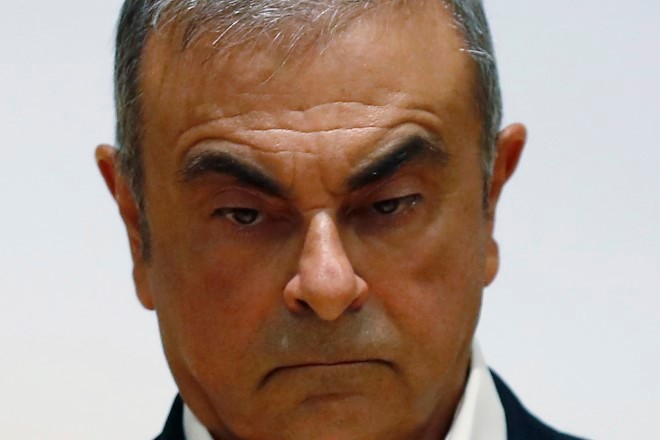 Nissan Chairman Carlos Ghosn told prosecutors during questioning on financial misconduct charges before he fled Japan that his compensation was never decided upon, according to records presented in Tokyo District Court on Tuesday.

Ghosn said the plans were just a “reference,” said a defense attorney for Greg Kelly, a former Nissan executive on trial in connection with alleged underreporting of Ghosn’s pay by about a billion yen ($10 million) per year.

Daisuke Fujiwara, a lawyer for Kelly, read more than 200 pages documenting Ghosn’s interrogations in a Tokyo jail in November and December 2018.

Kelly, who is an American and a lawyer, says he is innocent and he was only trying to find legal ways to compensate Ghosn.

The defense is trying to show a panel of three judges that Kelly had little to do with the complex attempts by Ghosn to calculate his future pay.

Ghosn, who led Nissan for about two decades, fled to Lebanon while out on bail in late 2019. He is unlikely to stand trial since Lebanon has no extradition treaty with Japan.

The prosecutors’ records show Ghosn denied the payments were “delayed,” asserting they were all “conditional.”

In one segment, Ghosn highlighted that by pointing out that if a plane he was on were to crash, his wife wouldn’t get any of the money.

Kelly’s name appeared in only one part of Ghosn’s statements, in a proposal for post-retirement consultancy fees and a non-compete deal that would be paid in return for Ghosn agreeing to not work for a rival.

Both would have been pay for services after retirement and did not have to be disclosed in Nissan Motor Co.’s annual securities reports, which are the focus of the trial.

Ghosn, who has French, Brazilian and Lebanese citizenship, was sent by Renault in 1999 to salvage Nissan, which makes the Leaf electric car and Infiniti luxury models, from the brink of bankruptcy.

Nissan officials have testified they sought Ghosn's arrest out of concern Renault, which owns 44 percent of Nissan, would gain stronger domination of the company.

Kelly is due to testify later this week, his first opportunity to give his side of the story in court. Earlier in the trial he only spoke to enter his plea. A verdict is not expected for months. No other Nissan officials have been charged, apart from Ghosn. Nissan was charged as a corporate entity but is not contesting the charges.

If convicted, Kelly could face up to 15 years in prison. However, University of Tokyo professor Wataru Tanaka, an expert on company law, testified during the trial as a witness for the defense that neglecting to include facts in a securities report, rather than making false statements, should be penalized by a fine, not jail time.

Kelly’s chief defense lawyer, Yoichi Kitamura, has told The Associated Press that he is confident about winning a verdict of innocence. If given a suspended sentence, Kelly could return home to the U.S., he said.

Two Americans, Michael Taylor and his son Peter Taylor, have been extradited from the U.S. on charges of helping Ghosn escape to Lebanon. Their trial is set to start in Tokyo next month.