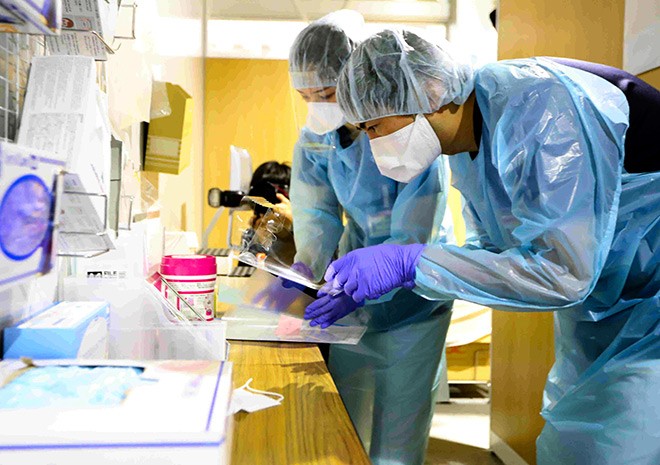 Japan is dispatching enforcement officials for follow-up checks on people entering the country in response to entrants failing to abide by the anti-coronavirus measure to stay home for two weeks after their arrival here.

The move comes after health ministry data showing that 300 entrants per day are flouting the government’s rule for them to inform authorities of their location and health on each day of the isolation period.

Renho, a senior member of the main opposition Constitutional Democratic Party of Japan, raised concerns at an Upper House Budget Committee session on May 10.

“Some 300 people cannot be reached per day, but we don’t know if they got sick or infected,” she said. “It could contribute to the spread of the virus.”

The government will send inspectors to the homes or accommodations of entrants found to have skipped the safety protocol to confirm their whereabouts more frequently than before.

As a step against the novel coronavirus, the government has requested people arriving in Japan from overseas to stay home for 14 days to restrict their movements and contact with others even if they test negative for the virus.

About 20,000 to 24,000 people are asked to follow the protocol each day, according to the Ministry of Health, Labor and Welfare.

Entrants, under the setup, must report daily to an entity commissioned by the health ministry on their location and health conditions, such as if they have a fever or a cough, using a smartphone app or email that they registered at their point of entry.

Arrivals are allowed to enter Japan only after signing a written pledge to do so.

But up to 300 people defy the rule per day, according to the health ministry.

In response, the government’s task force on May 7 decided to take more rigorous measures to bring them in line.

Inspectors will now visit the addresses that entrants registered as where they will be staying while in Japan to confirm if they are actually there.

Entrants who don't answer phone calls from officials inquiring over their whereabouts will get an email from the government warning that their names could be disclosed to the public due to their negligence.

Between March 26 and April 30, the health ministry only called those who failed to report. But the ministry began sending enforcement officials in May to drop in on some of those who neglected to do so and since May 7 has been sending them more frequently.

Those who break their written pledge, however, won't face jail time or any other penalty.

“It's difficult to impose a penalty as freedom of movement is guaranteed under the Constitution,” a health ministry official said.