Toyota ‘pained’ by pressure on athletes to call to cancel Olympics 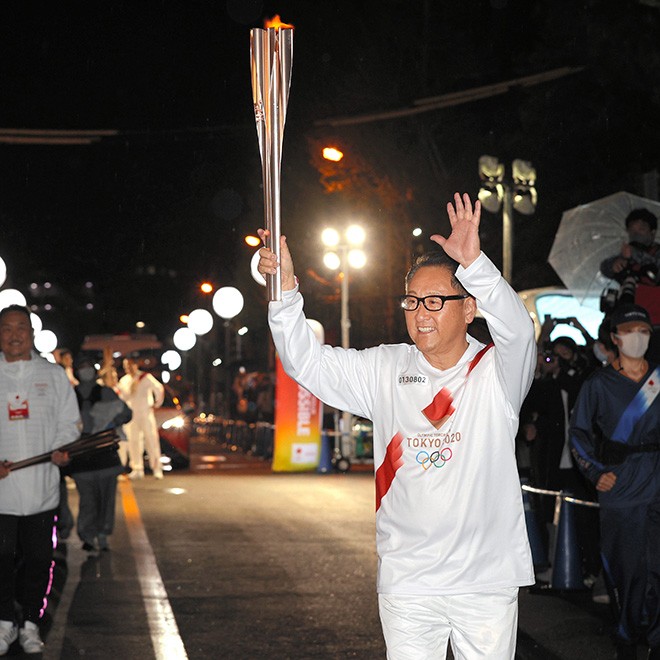 A Toyota Motor Corp. executive said he was pained by reports of top Japanese athletes being asked to come out against holding the Tokyo Olympics this summer.

“We are very pained and worried” about the situation, said Jun Nagata, a Toyota executive.

Nagata was referring to recent comments on social media calling on popular athletes, such as swimmer Rikako Ikee, to oppose holding the Games this summer while the nation continues battling the novel coronavirus pandemic.

On May 12, the automaker released a statement that said, “We sincerely hope that all athletes and the Japanese public can welcome the Tokyo Olympics with peace of mind.”

Toyota is one of the top tier corporate sponsors of the Olympic Games.

Nagata appeared at an online news conference on May 12 in which the company’s earnings for the fiscal year ending on March 31 were announced.

“We believe that a major precondition of the Olympic movement is to provide an environment in which all athletes and the Japanese public can feel safe and secure,” Nagata said.

Toyota is one of the small number of companies who are top sponsors of the Olympic Games, along with Coca-Cola, Panasonic Corp. and Bridgestone Corp.

For the Tokyo Olympics, Toyota is also planning to operate a self-driving vehicle in the Athletes’ Village.

Toyota has not been shy about criticizing actions that go against the Olympic movement.

In February after Yoshiro Mori, the then head of the Tokyo Olympic organizing committee, made a sexist comment, a statement was released under the name of President Akio Toyoda that said, “The comment by the leader of the organizing committee is extremely regrettable because it goes against the values that we at Toyota believe are important.”

Toyota announced a net profit of 2.245 trillion yen ($20.6 billion) for the fiscal year ending in March, an increase of 10.3 percent over the previous year.

The figure represents a major turnaround for the automaker from the second half of last year after its sales were hurt globally due to the novel coronavirus pandemic.