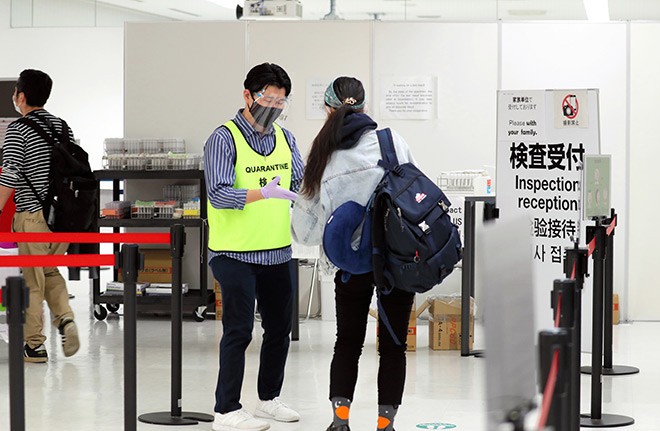 Japan will ban entry to foreign nationals from India, Pakistan and Nepal, including those with residency status in Japan, amid a surge in COVID-19 cases there.

The government announced on May 12 that the measure will start at midnight on May 13, targeting foreigners who have stayed in one of the three countries within 14 days before arriving in Japan.

Even spouses of Japanese nationals will be barred from entering the country, in principle, according to the Foreign Ministry.

But people in such categories as permanent residents and spouses of Japanese nationals who have left Japan by May 13 with re-entry permission are exempted from the ban.

Japanese nationals will continue to be allowed to enter Japan, according to the ministry.

The government on May 10 tightened border controls against entrants from India, Pakistan and Nepal by increasing the number of COVID-19 tests they must undergo before and after their arrival.

Some 4,000 travelers from the three nations entered Japan in April, the government said at a May 12 meeting of the ruling Liberal Democratic Party.

A coronavirus variant raging in India was detected in 66 people at airport quarantine checks, while four more cases were confirmed in Japan as of May 10, health minister Norihisa Tamura told a May 12 session of the Lower House Committee on Health, Labor and Welfare.

The combined figure more than tripled from the 21 cases of infections from the variant that the National Institute of Infectious Diseases confirmed as of April 26.

The British variant with the N501Y mutation is spreading across Japan. The institute estimates that infections from the variant replaced more than 90 percent of those from other strains of the virus nationwide.

The variant is believed to be 1.3 to 1.9 times more transmissible than the original strain.