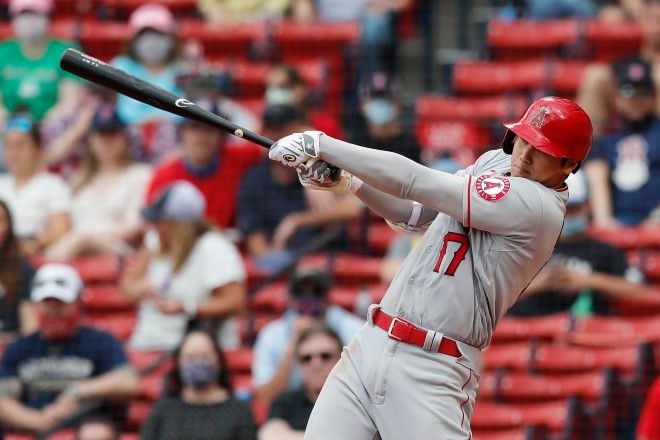 Los Angeles Angels' Shohei Ohtani follows through on a fly out during the seventh inning of a baseball game against the Boston Red Sox, May 16, in Boston. (AP Photo)

Matt Barnes (1-1) retired the first two batters in the ninth before giving up a bloop single to Mike Trout.

Ohtani followed with his 12th homer, tying for the major league lead, a drive tucked just inside the Pesky Pole in right field. It was Ohtani’s second homer of the series and stopped Boston’s three-game winning streak.

Raisel Iglesias (2-2) pitched a scoreless eighth and Mike Mayers got his second save.