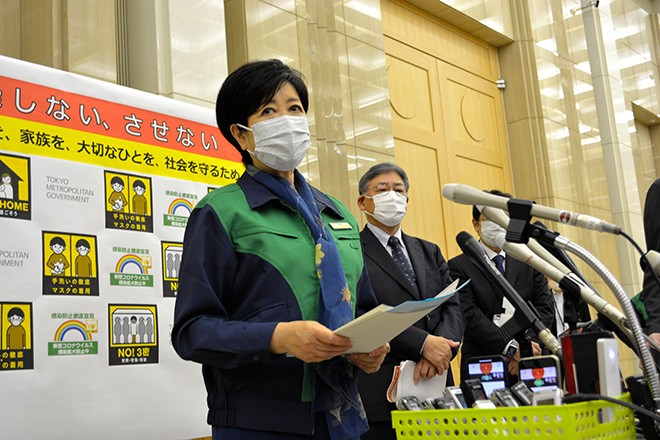 Both Tokyo and Osaka Prefecture reported declines in the number of new infections on May 17, prompting words of optimism from the governor in the hard-hit Kansai region.

The daily number has stayed below the 1,000 mark for nine consecutive days through May 17.

Osaka Governor Hirofumi Yoshimura said he believes that the number of new infections has entered a downward trend.

There were 51 new patients aged 65 or older.

The number of serious cases stood at 85, up one from the previous day. Tokyo defines serious cases as those requiring a ventilator or an extracorporeal membrane oxygenation (ECMO) device, which circulates blood through an artificial lung.

Tokyo and Osaka are among nine prefectures covered under the COVID-19 state of emergency through the end of May.

In addition, quasi-emergency anti-virus measures are in place in 10 prefectures.