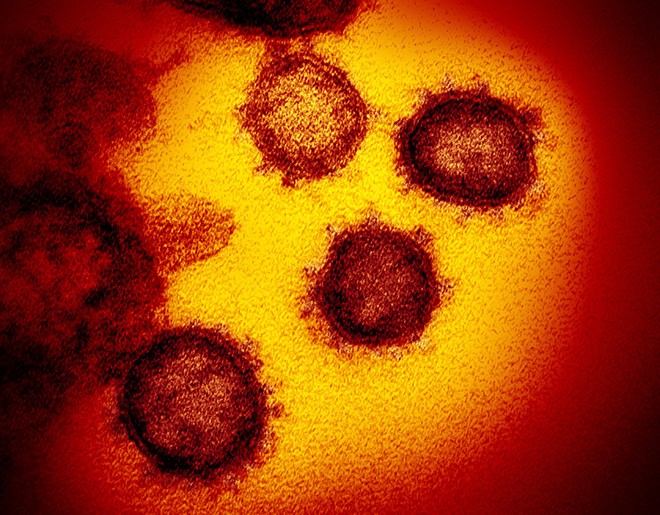 An electron microscope image of the new coronavirus (Provided by the U.S. National Institute of Allergy and Infectious Diseases)

Researchers succeeded in quickly creating neutralizing antibodies that can render the novel coronavirus ineffective, raising hopes for a possible medicine to treat COVID-19.

A team of researchers at Hiroshima University, Kyoto University and other institutions also confirmed the effectiveness of the antibodies against coronavirus variants, which are likely to be more contagious than the original strain of the virus or reduce vaccines’ efficacy.

“With blood samples collected from several survivors of COVID-19, we can now make neutralizing antibodies in just 10 days or so,” said Tomoharu Yasuda, a professor of immunology at Hiroshima University and a member of the research team. “We hope the antibodies will help prevent patients from becoming seriously ill and develop medicines to treat those with serious symptoms.”

Patients who contracted the virus and recovered from the disease have antibodies in their blood produced by immune cells. Neutralizing antibodies bind to the virus and help prevent it from entering a cell.

Scientists around the globe are racing to develop neutralizing antibodies since they can be used as medicines to treat COVID-19.

The team analyzed blood samples collected from patients who recovered from the disease. It confirmed that patients with serious symptoms are more likely to have neutralizing antibodies generated in their blood than those with mild symptoms.

From those antibodies, the team picked ones that bind strongly to the virus strain that caused the initial outbreak of the virus in the Chinese city of Wuhan.

The researchers found 97 percent of the antibodies also bind to the British variant, which is thought to be more transmissible, while 63 percent adhere to the South African variant, which is likely to make vaccines less effective.

They confirmed that even a small amount of the antibodies that attach themselves to the British and South African variants is effective at staving off the virus.