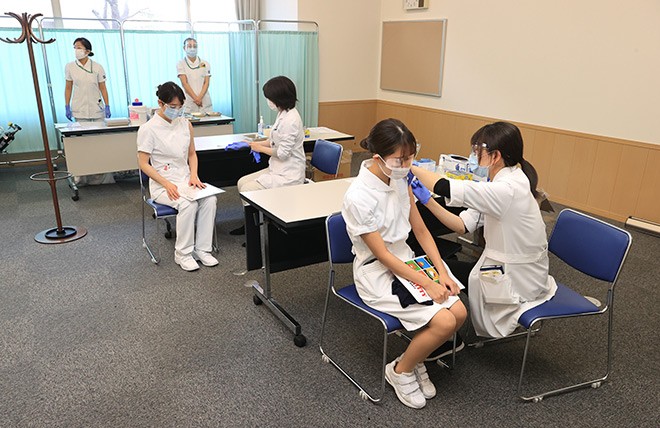 The National Institute of Infectious Diseases (NIID) on May 14 reported Pfizer's COVID-19 vaccine lowers the chances of a recipient contracting the virus after about 12 days of the first shot.

Of 1,101,698 health care workers who had received at least one shot of the Pfizer vaccine, 281 newly tested positive for the novel coronavirus afterward, according to a study.

The institute announced the findings at a health ministry meeting the same day.

The institute analyzed data from two systems of the central government that compile the vaccination situation and the information of those infected.

During a period from the day of the inoculation until Day 13, the number of people who contracted the virus per 100,000 people was 1.26.

The number started declining after around Day 12, the institute said.

In general, it takes a certain number of days after receiving a vaccine shot for a recipient to develop neutralizing antibodies that help prevent infections after inoculations.

But the institute said there are many factors that have yet to be considered, such as differing infection situations because of regions and the time of year when vaccinated.