Okinawa to ask for emergency after record 203 new virus cases 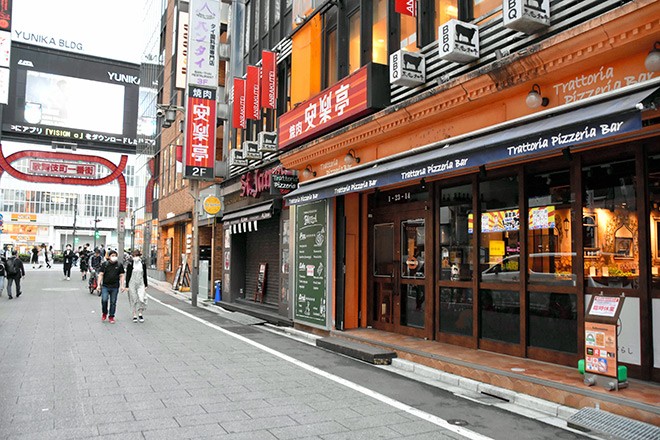 The streets of Tokyo’s Kabukicho entertainment district are mostly deserted on May 18 as many bars and restaurants are temporarily closed. (Hiroaki Takeda)

Okinawa Prefecture decided on May 19 to ask the central government to issue a state of emergency for the prefecture as more than 90 percent of its hospital beds for COVID-19 patients remain occupied due to a recent surge in infections.

Okinawa reported a record number of new cases for the second consecutive day on May 19, logging 203, the prefectural government said.

The previous record for the southernmost prefecture was 168, recorded on May 18. The latest numbers brought the total number of cases in Okinawa Prefecture to 14,296.

A total of 1,345 people related to the U.S. military based in the prefecture have tested positive for COVID-19 to date, according to the prefectural government.

Tokyo confirmed 766 new infections on May 19, down 203 from the 969 cases reported a week ago, according to metropolitan government officials.

The latest tally brought the capital's daily average for the week through May 19 to 727.9, or 83.3 percent of the figure for the prior week.

The number of serious cases in Tokyo requiring ventilators or extracorporeal membrane oxygenation, also known as an ECMO lung bypass machine, dropped by eight from the previous day to 73 on May 19, the officials said.

The same day, Osaka Prefecture reported 477 new infections, bringing the prefecture's cumulative number of COVID-19 cases to 96,209. The death toll from the virus in the prefecture rose by 22 on May 19 to reach 2,036.