Widow charged with murder in death of Kishu’s ‘Don Juan’ 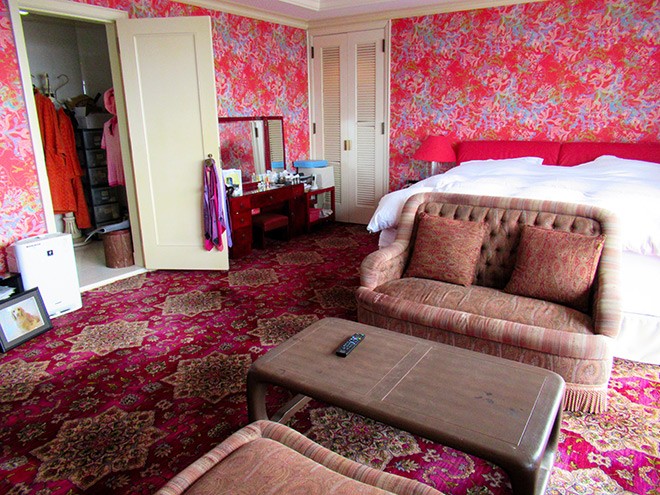 The bedroom where Kosuke Nozaki was found unconscious on May 24, 2018 (Provided by Takashi Yoshida)

WAKAYAMA--Prosecutors here on May 19 indicted the widow of a wealthy playboy on charges of murdering him three years ago.

The Wakayama District Public Prosecutors Office has acknowledged it has only circumstantial evidence against Saki Sudo, 25, and the suspect has also denied the allegations.

But the indictment indicates they are confident they can convince a court that a murder was committed, and that Sudo was the only person capable of carrying it out.

She is suspected of using stimulant drugs to kill Kosuke Nozaki, who was 77 when he died of an acute drug overdose on May 24, 2018. He was found unconscious in his bedroom and later pronounced dead.

Nozaki, a businessman in real estate and money-lending, referred to himself as the “Don Juan of Kishu” for his many sexual escapades.

There were no injection marks on Nozaki’s body, so prosecutors believe Sudo force-fed him the stimulant drugs.

Police investigators said they determined that Nozaki’s maid left the home for about four hours on the day he died after she prepared dinner. Sudo was alone with Nozaki during that time.

She was arrested in late April this year.

Police also analyzed Sudo’s smartphone and found that she had contact with a group in Tanabe, Wakayama Prefecture, that smuggles stimulant drugs.