Dutch court to rule on Ghosn versus Nissan-Mitsubishi claims 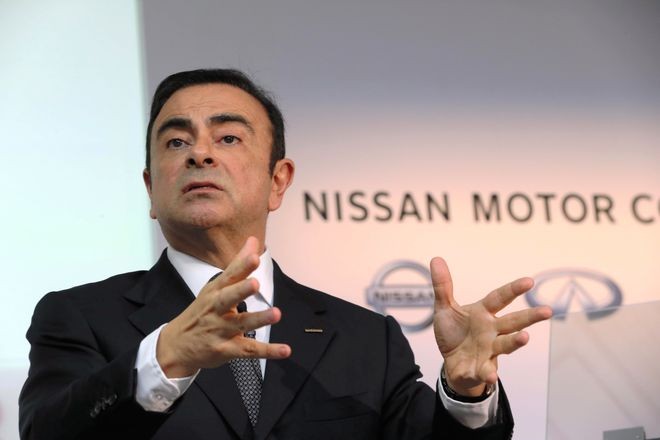 AMSTERDAM--A Dutch court on Thursday is set to rule in a case brought by fugitive former car executive Carlos Ghosn against Nissan and Mitsubishi, following his tumultuous fall from grace at the Japanese car makers in 2018.

The Dutch case, one of many between the former star of the global car industry and the Japanese companies he once led, centers around the Dutch-registered joint venture Nissan-Mitsubishi BV, where Ghosn was ousted as chairman in 2019.

Ghosn claims the Japanese companies violated Dutch labor laws when they dismissed him and is demanding 15 million euros ($18.3 million) as compensation for missed wages and severance payments.

But Nissan and Mitsubishi claim Ghosn only used the Amsterdam-based joint venture to inflate his own pay and to cover a personal tax debt, and are demanding he repays around 8 million euros in wages they say he granted himself without the knowledge of the boards of the holding companies.

The former chairman of the Renault-Nissan-Mitsubishi alliance has repeatedly denied any wrongdoing, including concerning the way he was compensated.

Ghosn was chairman of both Nissan and Mitsubishi and Chief Executive of Renault when he was arrested in Japan in 2018 on charges of financial misconduct, including underreporting his salary and using company funds for personal purposes.

He fled to Lebanon in December 2019 hidden in carry-on luggage on a private jet that flew out of Kansai Airport, and has remained in that country since.