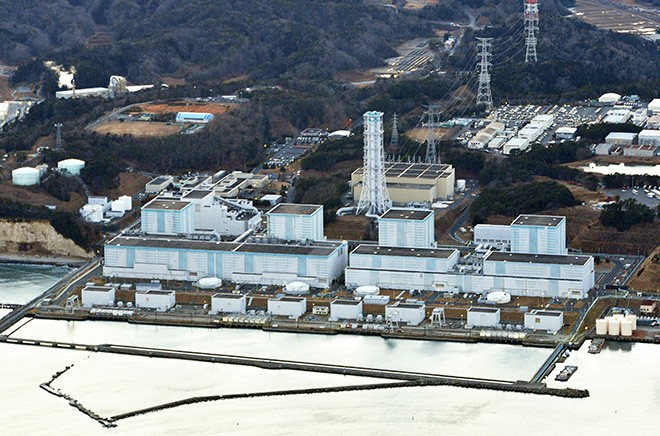 Inadequate anti-terrorism measures were discovered at another nuclear power station operated by Tokyo Electric Power Co., its No. 2 plant in Fukushima Prefecture, the Nuclear Regulation Authority said on May 19.

The NRA said it found that people could have entered and exited through doors leading to nuclear material protection areas at turbine buildings of the nuclear plant without being properly checked.

The Fukushima No. 2 nuclear power plant is located south of TEPCO’s No. 1 nuclear plant that was devastated by the 2011 Great East Japan Earthquake and tsunami.

TEPCO said there are passageways outside these doors, and that the doors leading to the passageways were locked. It found no signs of trespassing there.

But the NRA, the government’s nuclear watchdog, believes the utility has failed to take proper anti-terrorism measures at the No. 2 plant as required under new safety guidelines.

These problems were reported to the NRA, and TEPCO has locked the doors.

The doors in question did not appear in the building plans, so the problematic security situation could have continued for more than 30 years since the plant started operations.

In addition, doors without metal detectors were found at four or more locations inside the nuclear material protection areas at the turbine buildings for all four reactors at the plant during an NRA inspection in late March.

ID cards were required at the doors.

The NRA rated the problems as the most minor in its four-scale security assessment.

In March, the NRA blasted TEPCO over its inadequate anti-terrorism measures at its Kashiwazaki-Kariwa nuclear power plant in Niigata Prefecture.

Security devices installed at 15 locations in the plant to detect unauthorized entry had failed to function properly since March 2020. At 10 of those locations, the devices did not work for more than a month.

Last September, a TEPCO employee entered the central control room of the nuclear plant by using the ID card of another employee.