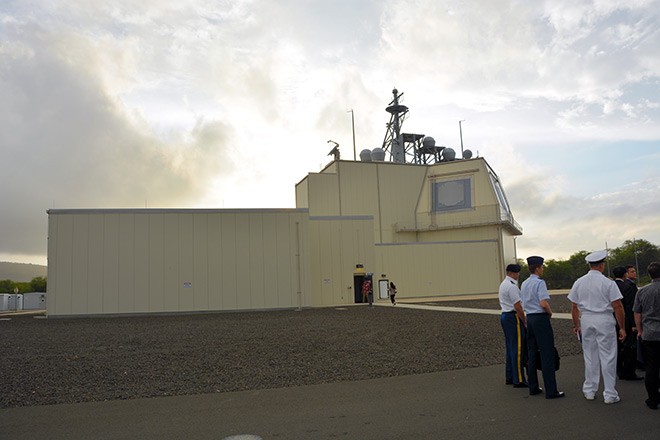 A sea-based alternative to the Aegis Ashore ballistic missile defense system could cost taxpayers at least double the estimate for the now-abandoned land-based system, an internal Defense Ministry document shows.

The ballooning costs have not been revealed to lawmakers, let alone the general public.

“Not only will it not fulfill the role as an alternative system, but the costs will increase sharply while the benefits from installing the system decline,” one government source said. “The general public will likely not be convinced as taxpayers footing the bill.”

Soaring costs were cited as the main reason behind the Defense Ministry’s decision to abandon the Aegis Ashore land-based missile defense system in June 2020.

Government officials had estimated that the total cost of installing and maintaining two such systems to protect Japan would amount to about 450 billion yen ($4.1 billion).

In December, the government approved transferring the Aegis Ashore equipment to two destroyers as an alternative missile defense system.

Defense Ministry officials have released information about the estimated costs of installing the equipment on the two destroyers, putting the figure between 480 billion yen and 500 billion yen.

But the defense equipment also requires continual repair and maintenance. Ministry officials never revealed what those costs might be.

It turns out an internal document was compiled in November that estimate the costs for maintenance and repair over a 30-year period at between 379.2 billion yen and 384.2 billion yen.

The figures were based on data provided by the United States and major shipbuilding companies.

That would bring the total cost of the sea-based alternative close to 900 billion yen, or about double what the Aegis Ashore system was initially estimated to cost.

When asked about the reported twofold cost of the sea-based alternative at a May 21 news conference, Defense Minister Nobuo Kishi said, “It is difficult to offer detailed figures at the present time.”

Ministry sources have said that the need for upkeep of the two destroyers would make them available for only about a third of a year, a far cry from the year-round ballistic missile defense coverage that government officials claimed for the Aegis Ashore system.

(This article was compiled from reports by Yoshitaka Ito, Shuhei Shibata, Sotaro Hata and Kaigo Narisawa.)