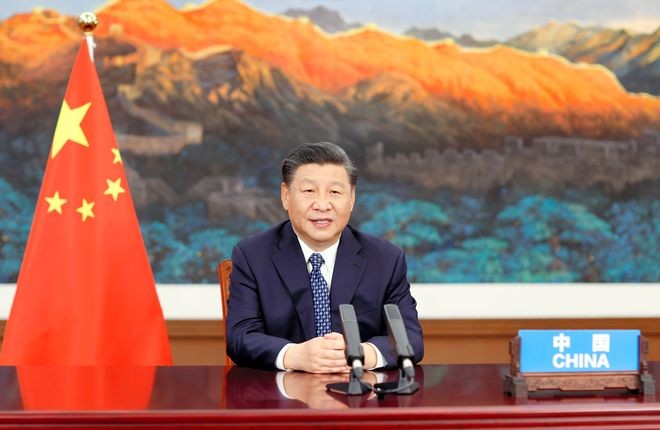 ROME--Rich nation leaders and big drugmakers promised on Friday to do more to bridge the startling divide in fighting COVID-19, with an increased flow of badly-needed vaccines to poorer regions.

To date, some 1.53 billion doses have been administered globally, but only around 1% of them in Africa, according to the World Health Organization (WHO).

"We should hang our heads in shame," said South African President Cyril Ramaphosa, one of numerous world leaders to address the Group of 20 Global Health Summit on the pandemic, hosted by Italy and the European Union's executive Commission.

"We are in a global war against a pandemic. When you are in a war and you are all allies, you must use all your weapons without hiding behind profit at the expense of lives," he added.

In their concluding Rome Declaration, the leaders called for voluntary licensing and technology transfers to boost vaccine production. But there was no consensus on a contested push by the United States and other nations for pharmaceutical companies to waive valuable patents.

However, Pfizer and BioNTech pledged to make available 1 billion cut-price doses this year to poorer nations. Another 1 billion vaccines would be provided next year, Pfizer boss Albert Bourla said.

Johnson & Johnson promised 200 million doses of its vaccine to COVAX, a vaccine-sharing program co-led by the WHO.

"As we prepare for the next pandemic, our priority must be to ensure that we all overcome the current one together. We must vaccinate the world, and do it fast," Italian Prime Minister Mario Draghi said.

China's President Xi Jinping pledged $3 billion in aid over the next three years to help developing countries recover and proposed setting up an international forum to promote fair distribution of vaccines.

The funds will go toward supporting the COVID-19 response and economic and social recovery, Xi said in a speech at the summit.

While developed countries are producing vaccines and rapidly inoculating their populations, poorer nations have complained about a lack of access, with the World Health Organization warning of a "catastrophic moral failure."

"Today the problem of uneven vaccination has become more acute," Xi said in a video address. "It is imperative for us to reject vaccine nationalism and make vaccines more accessible and affordable for developing countries."

China has already supplied 300 million vaccine doses to the rest of the world and will provide more to the best of its ability, he added.

Furthermore, Beijing supports the transfer of technologies from its vaccine companies to other developing countries and trying out joint production with them, Xi said.

The forum on cooperation would be "for vaccine-developing and producing countries, companies and other stakeholders to explore ways of promoting fair and equitable distribution of vaccines around the world," Xi said.

He called on major countries to take up the responsibility to provide more vaccines to developing nations in urgent need.

U.S. President Joe Biden let his vice president, Kamala Harris, speak on his behalf. His administration has backed calls from many developing countries for the patent waiver, in the hope this would boost production and allow more equitable distribution.

The suggestion has been snubbed by some European nations, who have instead called for the removal of U.S. trade barriers that they consider the main bottleneck.

She added that the EU will make a proposal to facilitate the use of those clauses and added that Europe would donate at least 100 million doses to poorer nations by the end of the year, including 30 million each from France and Germany.

Among a flurry of proposals, the International Monetary Fund suggested a $50 billion plan to end the pandemic by vaccinating at least 40% of all people by the end of 2021 and at least 60% by the first half of 2022.

U.S. philanthropist Bill Gates said more than 80% of the first billion shots went to wealthy countries, versus 0.2% for low-income nations. "If we do not close this immense gap, more people will die needlessly. There are two immediate actions countries can take: share dollars and doses," he said.

In their declaration, the world leaders noted the importance of the so-called ACT-Accelerator, a tool of the WHO to distribute COVID-19 vaccines, drugs and tests.

However, dashing initial expectations, the declaration did not include a clear commitment to fully fund the program, which is still $19 billion short.

The COVAX program, which is dedicated to equitable global vaccine distribution, was also mentioned as a way of providing donated doses to countries.

"The rapid development of COVID-19 vaccines is a triumph of science, but their inequitable distribution is a failure for humanity," WHO director-general Tedros Adhanom Ghebreysus told the virtual meeting.