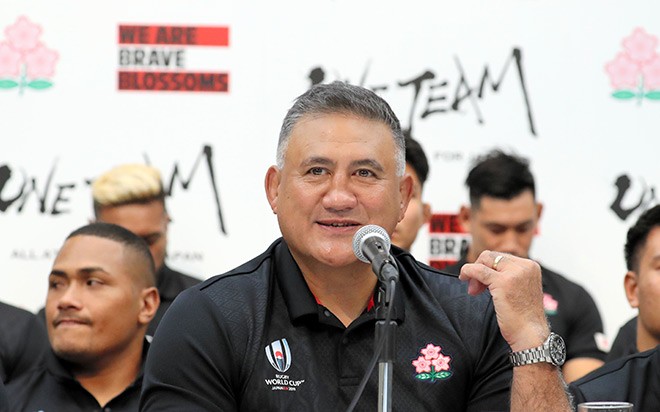 Japan will face the British and Irish Lions at Edinburgh next month with a squad including 19 players who helped it to the quarterfinals of the 2019 Rugby World Cup.

Head coach Jamie Joseph on Monday announced a 36-man squad to play a warm-up up match against former Super Rugby team the Sunwolves on June 12 before facing the Lions at Murrayfield in Scotland on June 26 and Ireland at Dublin on July 3.

The squad, captained by World Cup skipper Michael Leitch, includes 23 capped players with a total of 476 test caps. It also contains 16 players who took part in the Japan Top League club final on Sunday, including seven from the champion Panasonic Wild Knights.

The Lions will play against Japan ahead of their tour to South Africa. The first match will be played in front of a crowd of 16,500—a quarter of the capacity at Murrayfield but the largest for a rugby match in Britain in 16 months.

Japan is ranked 10th but beat Ireland and Scotland on its way to the quarterfinals before losing to eventual champion South Africa at the World Cup it hosted in 2019.