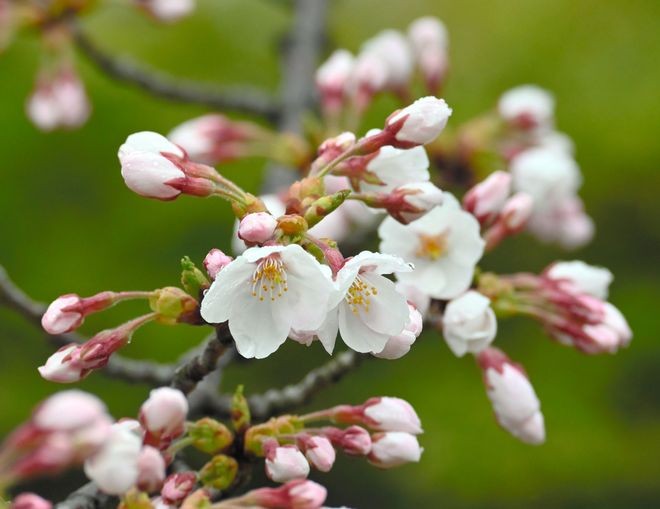 Following a wave of opposition, the Japan Meteorological Agency decided to work with the Environment Ministry to continue observations of plants and animals to gauge seasonal shifts, and expects the program to also cover global warming.

The decades-old phenological observation system is used to confirm how fast the season changes in specific regions.

The information is used for the traditional declaration of the sakura cherry blossoming season, and farmers rely on the research to determine when to plant their crops.

The seasonal observations are also believed to have heightened public interest in meteorological phenomena.

The JMA, which had curtailed the number of species observed in January, and the Environment Ministry said they will retain the original number of species for observation on a trial basis. They will also seek cooperation from the National Institute for Environmental Studies, nature conservation groups and citizens.

The new program is also aimed at examining the effects of global warming on ecosystems.

“We will create a mechanism to keep watch on climate changes via citizen science,” a ministry official said.

The JMA started the observations in 1953. Staff members at 58 meteorological observatories and stations nationwide have since been checking the first noises and appearances in the year of 23 insects, birds, frogs and a lizard, and the times of blossoming, budding, coloring and falling of leaves of 34 plants.

But in November last year, the JMA said it would limit its monitoring to six botanical species, including cherry and maple trees. It also omitted the first chirpings of the bush warbler and the first sighting of the swallow from the observations.

The agency said the increasing urbanization around Japan made it far more difficult to identify flora and fauna.

Following the announcement, the JMA was flooded with calls to continue the observations from experts’ groups and academic societies that consider the “broad long-term observation data as extremely important.”

In late March, the JMA and the Environment Ministry said the surveys of all creatures and plants would continue on a trial basis, taking advantage of observation results produced for nearly 70 years.

Determining the creatures’ changing habitats and how climate change is affecting ecosystems were added to the project’s objectives.

The National Institute for Environmental Studies in Tsukuba, Ibaraki Prefecture, will be primarily responsible for surveys for added purposes, according to the JMA and the ministry.

The cultural significance of examining shifts in the four seasons is also underscored under the refreshed program.

The support of natural conservation organizations and other groups will be sought to accumulate information using the Ikimono Log database operated by the Environment Ministry’s Biodiversity Center of Japan in Yamanashi Prefecture.

The assistance of ordinary citizens for observation surveys will also be sought in the future.