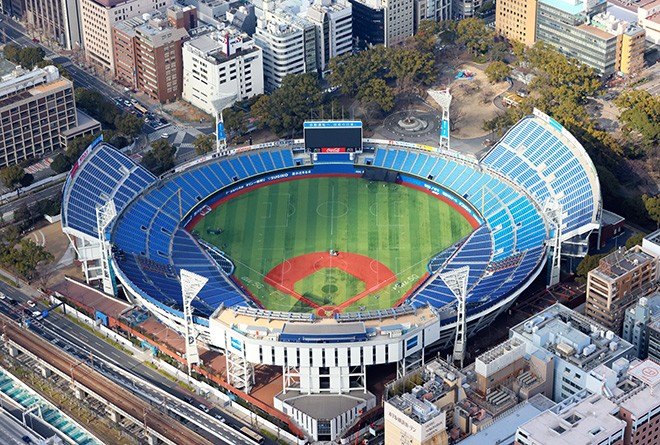 Yokohama Stadium, where baseball and softball games will be played during the Tokyo Olympics, seen in February (Asahi Shimbun file photo)

The Australian women’s softball team, which will compete in the Tokyo Olympics, plans to enter Japan on June 1 and hold a training camp in host Ota city in Gunma Prefecture, sources said.

It will be the first time that a foreign team has come to Japan for the Tokyo Olympics since the sports extravaganza was postponed last year, according to the Cabinet Secretariat.

There will be 30 people connected with the team, including players, a manager and coaches, a city official said.

They will stay at a hotel in Ota for about a month and a half until mid-July before the Olympics open and play practice games with Japanese corporate teams.

All the Australian team members were vaccinated against COVID-19 and will undergo polymerase chain reaction (PCR) tests twice when they leave their country.

When they arrive in Japan, they will take PCR tests again at the airport and are obligated to be tested every day during the training camp.

The city government was planning to hold exchange events between the players and local children, including for the team to provide softball lessons. But all the programs have been canceled due to the pandemic.

At one point, postponing the team's arrival to Japan to late June was considered due to the health crisis, but its members wanted to come earlier.