Jomon Period sites to be added to World Heritage list 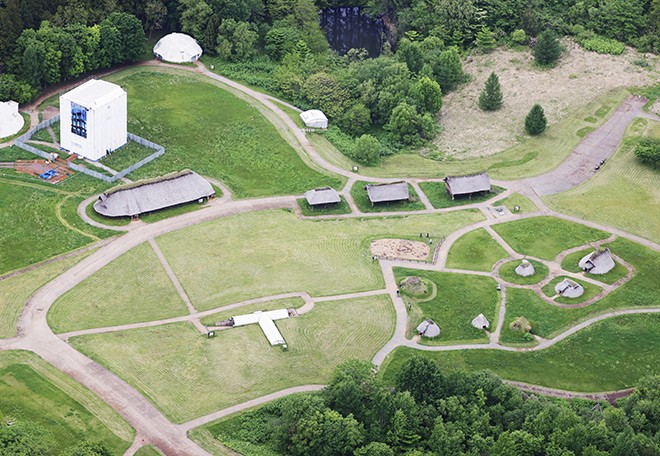 The Sannai Maruyama site is one of the Jomon Period ruins found across Hokkaido and the northern Tohoku region, shown here in Aomori on May 24. (Ryo Ikeda)

Archaeological sites in Hokkaido and the northern Tohoku region dating to the prehistoric Jomon Period, which lasted more than 10,000 years, are expected to soon be added to UNESCO’s World Cultural Heritage list.

If officially approved, they would be the first pre-Christian era historic sites in Japan to be listed as World Heritage sites.

The Jomon Pottery Culture Period (c. 14,500 B.C.-1,000 B.C.) sites in question include the notable Sannai Maruyama site, which hosts the remains of a large settlement and is designated as a special national historic site by Japan.

The advisory body that conducts preliminary reviews recommended the sites be added to the list, and the final decision will be made during the World Heritage Committee online meeting that starts on July 16, government officials said.

The UNESCO World Heritage Center in Paris notified the Japanese government on May 26 of the recommendation for listing by the International Council on Monuments and Sites (ICOMOS).

The Jomon sites up for consideration comprise 17 archaeological locations in Hokkaido, Aomori, Iwate and Akita prefectures.

The Odai Yamamoto site in Sotogahama, Aomori Prefecture, is where the world’s oldest class of earthenware pieces were discovered.

The Sannai Maruyama site in Aomori, which dates to the middle Jomon Period, is home to the remains of a large settlement where clay dolls were excavated. The archaeological finds there show the development of ancient rituals and ceremonies.

The Japanese government had recommended the addition of the ancient remains to UNESCO on the grounds that they reveal through lasting physical evidence the process of how the Jomon people established their settlements and obtained food through hunting, gathering and fishing.

They also show how humankind lived before the development of agricultural culture, and add to our understanding of the elaborate and complex spiritual culture the Jomon people developed, it said.