Eric Carle’s ‘The Very Hungry Caterpillar’ was hatched in Japan 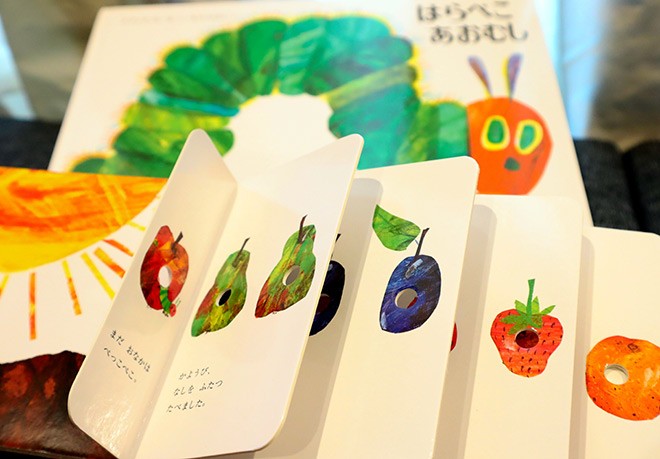 The book by Carle, who died at age 91 on May 23, would go on to sell more than 55 million copies and be translated into at least 70 languages.

But its metamorphosis into a global hit might have turned out differently without a Japanese publisher stepping up to print its first run, published in the United States in 1969.

The book's editor found no U.S. publisher capable of printing and binding the book as it had been designed, with perforated pages and pages in various widths.

In the summer of 1968, the editor visited Japan and showed samples of the book to a number of people associated with the publishing industry.

Hiroshi Imamura, the late president of Kaisei-Sha Publishing Co., fell in love with the picture book and found a company to accept the order to print and bind the book from corporations he had contacts with.

Thus, the first edition of “The Very Hungry Caterpillar” was created in Japan.

Kaisei-Sha Publishing published the book's Japanese version in 1976. It has achieved a domestic circulation of more than 4.3 million copies, the highest-selling translated picture book in Japan, according to a survey.

He said that Carle visited Japan many times and remembered that he had asked many questions about the landscapes he had just seen from the car.

“Why does that roadside tree …?” and “That utility pole is …?” Carle asked. “Carle had a strong interest in anything around him and always continued to be curious about colors and shapes,” Masaki added.