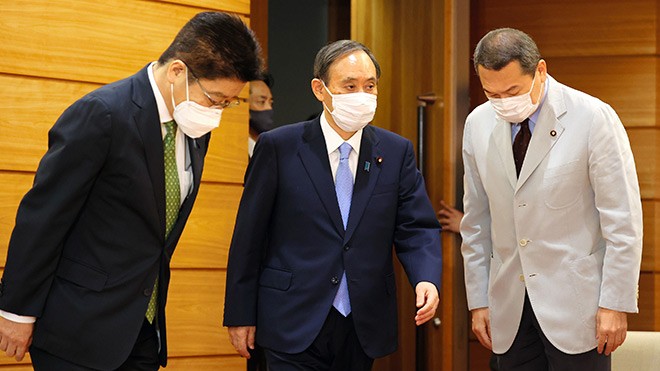 The central government on May 28 extended the COVID-19 state of emergency for nine prefectures to June 20.

At a government task force meeting where the decision was made, Prime Minister Yoshihide Suga said, "We have decided to extend the state of emergency for nine prefectures until June 20."

Okinawa Prefecture is already covered by the state of emergency until June 20.

Speaking at a May 28 meeting of the government panel of experts dealing with the pandemic, Yasutoshi Nishimura, the state minister heading the central government effort to deal with the health crisis, pointed to the tight medical care situation as a reason for the extension.

The number of COVID-19 patients with serious symptoms around the nation hovers around 1,400.

The central government will also extend quasi-emergency measures for the five prefectures of Saitama, Chiba, Kanagawa, Gifu and Mie until June 20.

The prefectures covered by the state of emergency have asked establishments that serve alcohol or allow use of karaoke equipment to temporarily close operations.

Commercial facilities with floor space in excess of 1,000 square meters can remain open until 8 p.m. unless the prefectural governor requests those facilities to close as well.