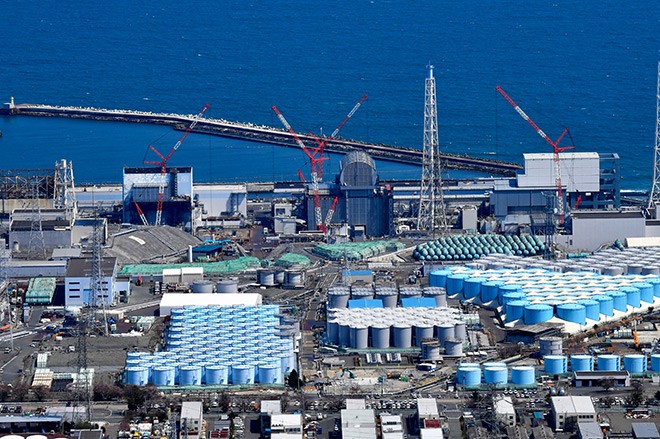 Tokyo Electric Power Co. plans to add 23 storage tanks with a total capacity of about 30,000 tons for the processed radioactive water accumulating at its crippled Fukushima No.1 nuclear power plant.

TEPCO announced the plan on May 27. It comes as the power company aims to repurpose some of its existing tanks, also with a total capacity of 30,000 tons, to prepare treated radioactive water for release into the sea.

The plant’s total storage capacity will effectively increase to about 1.4 million tons.

The utility company said the tanks should be filled by around the spring of 2023.

The nuclear plant generates about 140 tons of contaminated water a day. The new tanks that will be added can store about seven months’ volume of that water.

The government and TEPCO have said the plant’s existing tanks will reach full capacity in the autumn of 2022 or later.

Some concerned area residents argued the contaminated water should be kept for longer through adding more tanks, and that it should not be released into the sea.

But the government decided in April that it will discharge it into the sea on the grounds that “the capacity to add tanks can be very limited” due to a shortage of available land.

According to TEPCO, new tanks will be built at two sites, and they will be used from the autumn of next year.

An economy ministry official said the installation of the new tanks will be temporary and that the government “does not plan to add more.”

Among all its existing tanks, 35 near the facility for removing radioactive substances will be used as preparatory tanks for releasing the plant’s treated water.

They will be put into use after they are modified so they can measure the concentration of radioactive substances, and the treated water can be sent to a facility to dilute it with seawater before it is discharged into the sea.