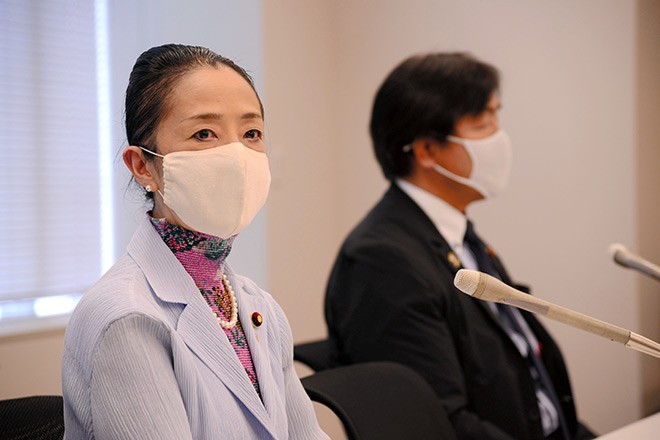 The Diet on May 28 approved a law to prevent teachers who have been dismissed for sexually abusing children from teaching again.

The legislation was drafted by a task force of the ruling coalition of the Liberal Democratic Party and Komeito and was supported by opposition parties.

This is all the more so when they are committed by teachers taking advantage of their professional positions, and they leave lasting mental and physical scars on children in the development process. In addition, recidivism rates are known to be generally high among sex offenders.

Asahi Shimbun editorials have called for establishing a reliable system to ensure that teachers with records of sexually abusing children are not allowed to teach again. We welcome the enactment of the law.

A key feature of the legislation is a provision that defines sexual intercourse with or molestation of a student by a teacher as sexual violence even if the victim is 13 or older and consented to the act. Those aged 13 and older are legally deemed to have the capacity to consent to sexual relations.

The provision will preclude disputes over whether it was consensual sex or not and lead to more effective protection of children.

In principle, the law bars teachers who have been dismissed for sexual violence as defined by this provision from obtaining a teaching license again.

The education ministry last year considered a blanket ban on reissuing a license to teachers dismissed for sexual abuse of children. But the ministry abandoned the revision because it would be inconsistent with the criminal code and other stipulations that a sentence ceases to have an effect 10 years after a person finished serving his or her sentence.

The new legislation has overcome this problem by leaving room for exceptional cases where the prefectural board of education can decide to give a fresh license to disgraced teachers after examining details of their offenses and progress in their rehabilitation.

In making such a decision, the board will be required to seek the opinion of an independent evaluation committee under a system similar to the process of deciding on whether to revoke a doctor’s license.

The committee needs to weigh relevant factors carefully since its decision on whether to reissue a license will have huge implications for the future of the dismissed teacher, let alone the victim.

If prefectural boards of education make widely different decisions over similar cases, there will be serious confusion.

The education ministry needs to swiftly work with education boards to establish guidelines for the evaluation committee’s operations and criteria for the board’s decision-making. The guidelines and criteria should be able to deal with a wide variety of cases.

A proposal to create a certificate system for teachers and others in jobs dealing with children has been shelved. Under the system, those workers would be required to submit a public certificate proving they have no record of sex crimes.

Even though the system entails many challenges, lawmakers should continue in-depth debate while studying examples from overseas.

The new law will be put into force within a year except for certain elements.

But adults have a duty to create an environment that can better protect children from becoming victims of sexual abuse before the law starts being enforced.

Many things can and should be done. Keeping a child from being alone with a teacher in a closed room, banning private social media exchanges between teachers and students, and teaching the importance of sexual freedom depending on children’s development stages are some of the examples.