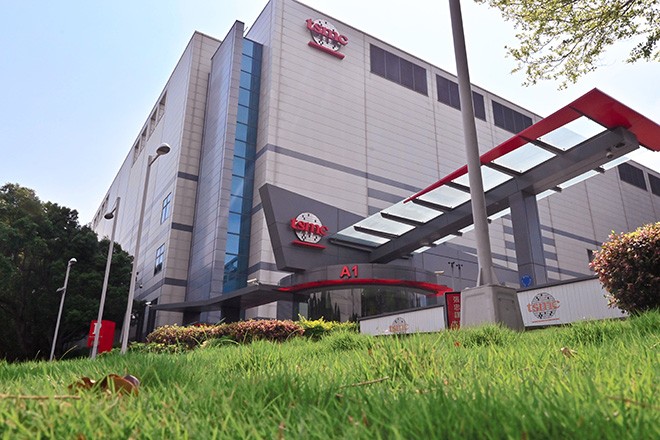 Japanese manufacturers and research institutes that have strengths in manufacturing equipment and materials for semiconductors will participate in the development project, officials said.

The total project cost is about 37 billion yen ($338 million). The Japanese government will subsidize about half the cost by putting up 19 billion yen to help shore up Japan’s position in the global market.

The economy ministry announced the project on May 31.

The company will set up a production line for research inside a clean room at the National Institute of Advanced Industrial Science and Technology (AIST) in Tsukuba.

The project will start in summer and formal research will begin next year.

About 20 related Japanese companies, including Ibiden Co., an electronics company known for its basic technology for protecting semiconductors, and Shibaura Mechatronics Corp., a device manufacturer, are expected to join the project, according to the ministry.

In Tsukuba, TSMC will conduct research and development into the phase of fabrication where semiconductors with circuits installed are cut and assembled into a product.

The project will focus on developing something called 3-D implementation, where semiconductors with various functions are stacked vertically and connected so they work as a single device, turning them into a small but highly functional product.

It comes as efforts to enclose the supply network for cutting-edge semiconductors intensify around the world due to heightened competition between China and the United States and a worldwide chip shortage.

That is why the Japanese government pushed for the TSMC project in Tsukuba and is willing to shoulder half the cost, according to officials.

Last year, TSMC decided to build a factory in Arizona.

The ministry hopes the new TSMC facility in Tsukuba and its co-development with Japanese companies will entice more semiconductor manufacturing factories to set up shop in Japan in the future.