Imperial Hotel to open in Kyoto's historic Gion in spring 2026 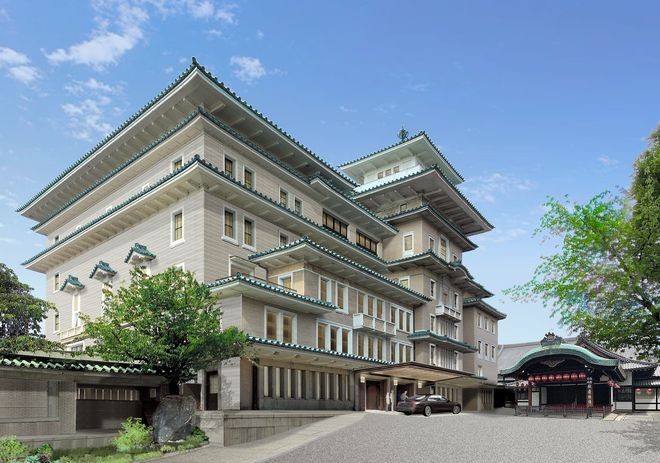 The operator of the Imperial Hotel chain announced it will open a luxury hotel under the same name in Kyoto in spring 2026 by renovating a historic landmark in the ancient city's Gion traditional entertainment district that is the home of geisha culture.

The hotel in Higashiyama Ward will have 60 guest rooms, restaurants, spas, a gym and other facilities.

It will be the fourth hotel to operate under the Imperial Hotel brand, following those in Tokyo, the Kamikochi area in Nagano Prefecture and Osaka.

Currently owned by Yasaka Nyokoba Gakuen, an educational corporation that operates a training school for geisha and "maiko" geisha apprentices, Yasaka Hall is mainly used as a forum to perform traditional arts such as Kyomai (Kyoto-style dance), tea ceremony and flower arrangement.

Imperial Hotel Ltd. will rent the land and renovate and reinforce the front exterior to ensure the building blends in with its surroundings.

The company first unveiled plans to make a foray into Gion in 2019, and has been busy complying with administrative procedures to ensure the cityscape is not ruined by operating a commercial facility on the historic premises.