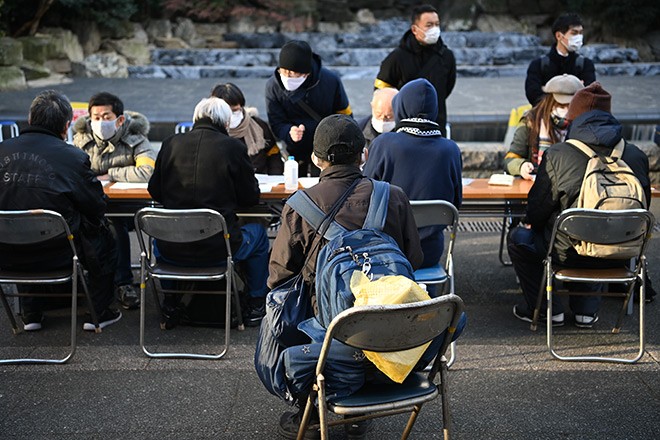 The number of applicants for welfare benefits in Japan rose for the first time in 11 years in fiscal 2020 as a result of the COVID-19 pandemic, as did the number of households that started to receive them, the labor ministry announced.

Both numbers had been trending downward after they increased in fiscal 2009 in the aftermath of the Lehman Brothers bankruptcy and the ensuing global financial crisis.

In fiscal 2020, the number of people who applied for welfare benefits climbed 2.3 percent year on year to 228,081, while the number of households that started to receive them rose 2.1 percent to 202,856, the ministry said on June 2.

The highest number of welfare benefit applications filed in the fiscal year came when Japan declared its first state of emergency in April 2020, with applications jumping 24.9 percent year on year.

The monthly figures were lower year on year between May and August last year, but from September to March they were higher year on year.

For those seven months, the number of applications filed continued rising. In March, they rose 8.6 percent year on year.

April 2020 also marked the fiscal year's highest growth rate in the number of households that started to receive the assistance, a 14.9 percent increase.

The monthly figures had been lower year on year between June and August, but in and after November, they remained higher year on year.