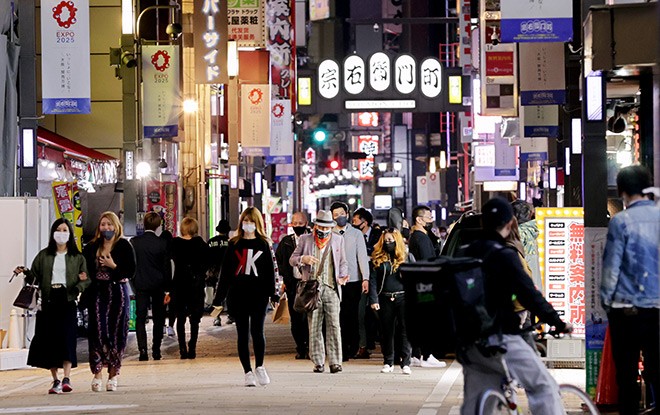 More than half of all novel coronavirus infections in Osaka Prefecture, which exceeded 100,000 on June 2, were reported over the past three months, showing that earlier pre-emergency measures had failed, officials said.

The Osaka prefectural government attributed the increase to the spread of the British variant and other mutated strains of the virus.

Osaka Prefecture confirmed 213 new infections on June 2. That brought its total number of cases recorded since January 2020, when the first infection was reported in Japan, to 100,199, according to a tally by The Asahi Shimbun.

The central government applied pre-emergency measures for Osaka, Hyogo and Miyagi prefectures from April 5 following a spike in infections there.

But the number of new cases began exceeding 1,000 every day in Osaka Prefecture since mid-April, prompting the central government to issue a state of emergency for the prefecture on April 25.

“The pre-emergency measures helped reduce the flow of people but failed to curb the number of new infections,” an Osaka prefectural government official said. “Both the movement of people and infection cases dropped sharply after the state of emergency was declared.”

Osaka Prefecture logged 1,814 cases during the first wave of infections, which hit the country between Jan. 29 and June 13 last year.

As of June 2, Osaka Prefecture confirmed 53,011 infections during the current fourth wave, which started on March 1.

The figure for the past three months accounted for 53 percent of the total number of cases reported in the prefecture.

The capital on June 2 confirmed 487 new novel coronavirus infections, down 256 from a week earlier, as well as 13 deaths from COVID-19.

The daily average of new infections in Tokyo for the week through June 2 came to 500.4, or 82.3 percent of the preceding seven-day period.