OLYMPICS/ 10,000 bow out as volunteers for Games, likely over virus fears 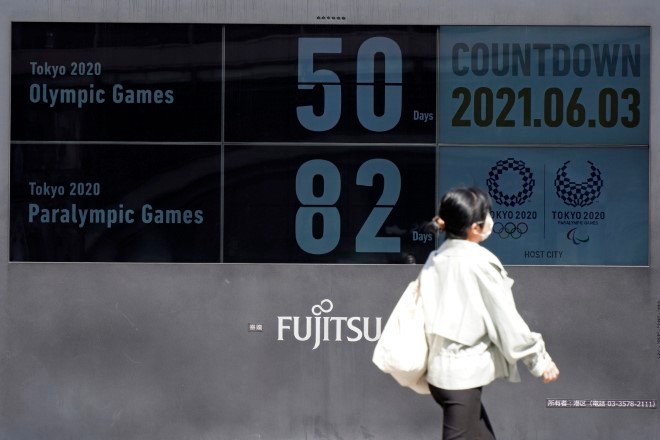 People walk past the countdown clock for the Tokyo 2020 Olympic and Paralympic Games near Shimbashi station in Tokyo on June 3, to mark 50 days before the start of the Summer Games. (AP Photo)

About 10,000 people have withdrawn as Tokyo Olympic volunteers, a position organizers have billed as “the face and the power behind the Olympic and Paralympic Games.”

Toshiro Muto, the CEO of the Tokyo 2020 organizing committee, on June 2 said that more than 10 percent of the 80,000 or so people who signed up to do volunteer work at venues and other locations have sent notices of their withdrawals.

Muto said the organizers did not ask for the reasons behind the decisions.

“But it is safe to say that there are concerns about the surge of novel coronavirus infections,” he said.

The number has increased since this spring.

The organizers insist the exodus will not negatively affect operations of the Games, saying about 10,000 volunteers can serve at both Olympic and Paralympic events.

Including people from abroad, 250,000 will take part in Olympic events and 130,000 for Paralympic events.