Suga expected to take shot at election based on vaccine success 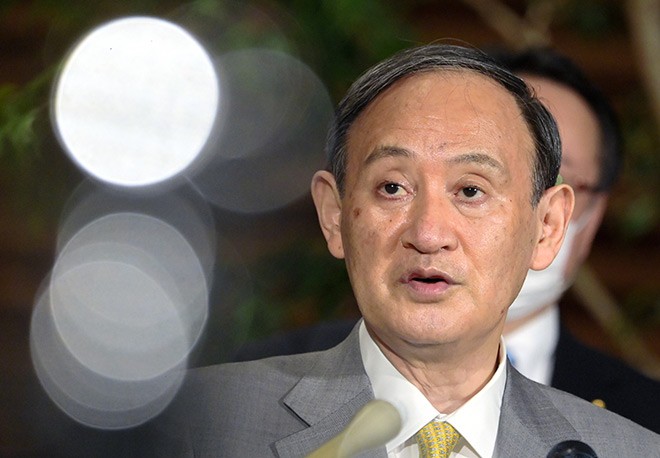 Prime Minister Yoshihide Suga appears set on banking his political career on holding a successful Tokyo Olympics and widening the COVID-19 vaccination program, two projects that have so far come under heavy criticism.

Suga and Natsuo Yamaguchi, head of junior coalition partner Komeito, agreed on June 2 that the current Diet session would end as scheduled on June 16.

That means a snap Lower House election would be unlikely until after the Tokyo Paralympics end in September.

News that the session would not be extended quickly spread in the ruling Liberal Democratic Party.

Since taking office in September 2020, Suga has rejected talk about an early dissolution of the Lower House and snap election on grounds that novel coronavirus infections in Japan had to be first brought under control.

But the Suga administration’s clumsy handling of measures to deal with surges in infections has led to plummeting approval ratings for his Cabinet.

In the May survey conducted by The Asahi Shimbun, the Suga Cabinet had a record low approval rating of 33 percent.

Suga may want to improve his numbers before facing voters.

And consensus within the ruling coalition had been that holding a Lower House election this summer would be difficult because the Olympics are scheduled to begin on July 23 and the Paralympics will start on Aug. 24.

After a sluggish start, the vaccine program is showing signs of taking off. Suga has pushed for various ways to get more people inoculated, including letting companies and universities vaccinate employees and students from June 21.

“The mood in society will change if we push further infection prevention measures and make alcohol available again in bars and restaurants,” an LDP source said. “That would mean a Lower House dissolution.”

Under the COVID-19 state of emergency now in place for 10 prefectures, businesses that serve alcohol have been asked to suspend operations.

Suga has said he would dissolve the Lower House before his term as LDP president ends on Sept. 30. That has led to speculation that a dissolution would happen soon after the Paralympics close on Sept. 5.

Those close to Suga have said that if the LDP emerges victorious in the Lower House election, Suga would likely win a second term as LDP president in an uncontested election.

But other party sources noted that the general public has become fed up with the repeated state of emergency declarations to deal with COVID-19, and that a successful Olympics and expanded vaccine program may not be enough to ensure an LDP electoral victory.

To deal with the economic damage from the pandemic, the ruling coalition is considering presenting an economic package to the public before dissolving the Lower House in autumn.

(This article was compiled from reports by Yuichi Nobira, Kazuki Uechi, Naoki Kikuchi and Ayako Nakada.)