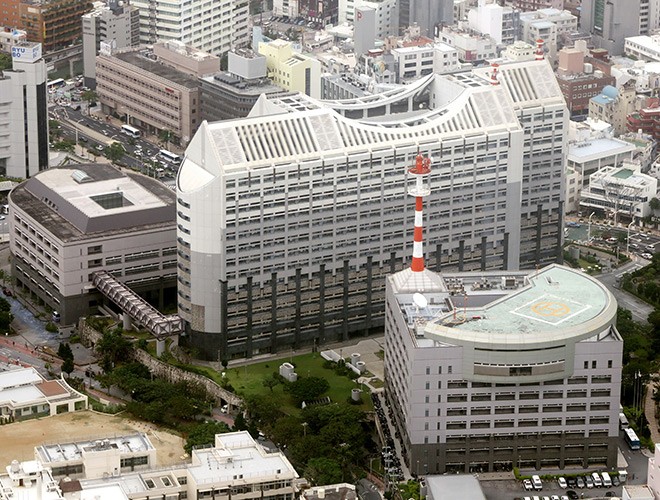 The prefecture is currently under a COVID-19 state of emergency. Prefectural officials reported about 120 new COVID-19 cases per 100,000 people over the most recent week, much higher than any other prefecture in Japan, according to data from the National Institute of Infectious Diseases.

The health ministry’s advisory panel of experts on the pandemic expressed alarm at the figure at its meeting on June 2, calling it “unprecedentedly high.”

The Okinawa Prefectural Nanbu Medical Center & Children’s Medical Center in Haebaru, which has provided inpatient treatment to some 500 people infected with the novel coronavirus, declared a hospital state of emergency on June 1.

The center announced it will limit the number of outpatients and inpatients it accepts per day until June 20, when the central government’s state of emergency is due to end. The center said it will give priority to those who require emergency care when accepting inpatients.

Ishigaki issued its own state of emergency on May 31. The Okinawa Prefectural Yaeyama Hospital on the remote island of Ishigakijima in the city has suspended general outpatient services in the afternoon for the time being since June 1, citing the need to free up its capacity to treat severe COVID-19 patients.

Okinawa Miyako Hospital, on another remote island of Miyakojima, pushed back the dates for conducting nonurgent surgeries and examinations.

A spike in COVID-19 cases in the prefecture is also straining the operations of local public health centers.

The prefectural government decided to no longer require health care centers in the central southern part of Okinawa’s main island to identify people coming into close contact with infected individuals if the patients are at low risk of becoming seriously ill.

Instead, the health care centers will ask the patients to inform people they have had close contact with of their infections on their own, according to the prefectural government.

“A surge in infections is putting a severe strain on health officials tasked with identifying (people coming into close contact with infected individuals),” a prefectural government official said. "We will prioritize the cases that are most in need.”