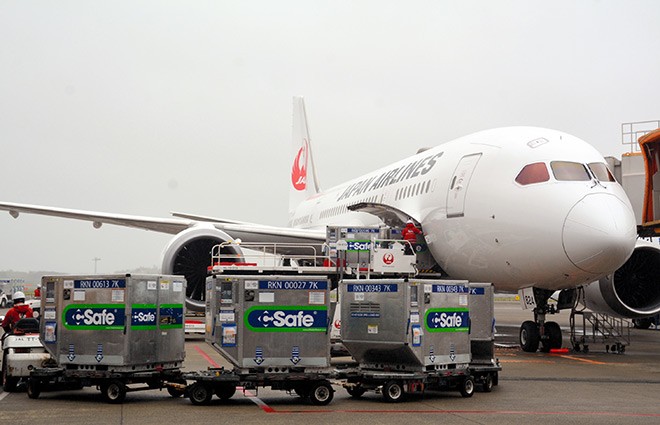 The first shipment of 1.24 million doses of the COVID-19 vaccine developed by AstraZeneca Plc left Japan for Taiwan on June 4 and is set to arrive there this afternoon, according to Foreign Minister Toshimitsu Motegi.

A flight carrying the doses left Japan around noon and is expected to arrive in Taiwan around 3 p.m., Motegi said at a news conference on the morning of June 4.

The shipment was sent via the Taiwan-Japan Relations Association as Japan does not have diplomatic ties with Taiwan.

Motegi also touched on the many donations sent from Taiwan following the 2011 Great East Japan Earthquake and tsunami. He said the government decided to provide the doses to assist the island, taking into account an "important partnership" with Taiwan.

The government also plans to offer additional doses of the vaccine several times and is currently deciding on the total amount to be sent to Taiwan, according to multiple sources in the government and ruling coalition.

At a session of the Upper House Foreign Affairs and Defense Committee on June 3, Motegi said Taiwan has an “urgent need” to immediately secure doses of the vaccine and indicated that Japan would soon provide them.

He expects Taiwan to be ready to start producing vaccines only in July or later, he also said.

When delivering the doses to Taiwan, the government will not use COVAX, an international framework where member countries jointly procure COVID-19 vaccines for developing nations, because doing so would delay the shipments, according to the sources.

Japan has secured 120 million doses of the AstraZeneca vaccine for its citizens, but has not used them, due to concerns over reports of rare blood clots observed in people after they have received the injections.

The shipment from Japan is likely to draw fire from Beijing, which regards Taiwan as a renegade province.

At a news conference on May 31, Chinese Foreign Ministry spokesman Wang Wenbin said, “We strongly oppose Japan’s interference into China’s domestic affairs by using anti-virus measures as a political show."

(This article was compiled from reports by Amane Sugawara in Tokyo and Takashi Funakoshi in Beijing.)