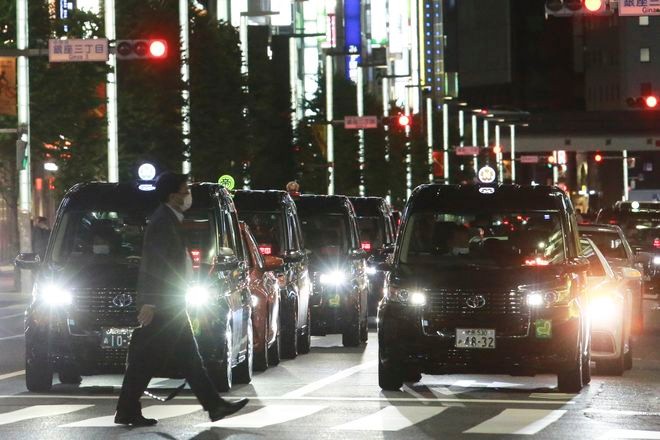 Long lines of taxis wait for customers in the Ginza district in Tokyo on June 1 after the 8 p.m. government suggested closing time for restaurants, bars and nonessential businesses under the extended state of emergency. (AP Photo)

Tokyo confirmed 472 new COVID-19 cases on June 4, down 142 from a week ago, along with four new deaths from the virus, according to metropolitan government officials.

The latest tally brought the daily average for the week in the capital through June 4 to 455.0 cases, or 78.4 percent of the figure for the preceding week.

The daily average of administrative testing for the three days through June 3 stood at 8,040.3 cases.

The number of serious cases in the capital requiring ventilators or extracorporeal membrane oxygenation, also known as an ECMO lung bypass machine, fell by five from the previous day to 62, the officials said.