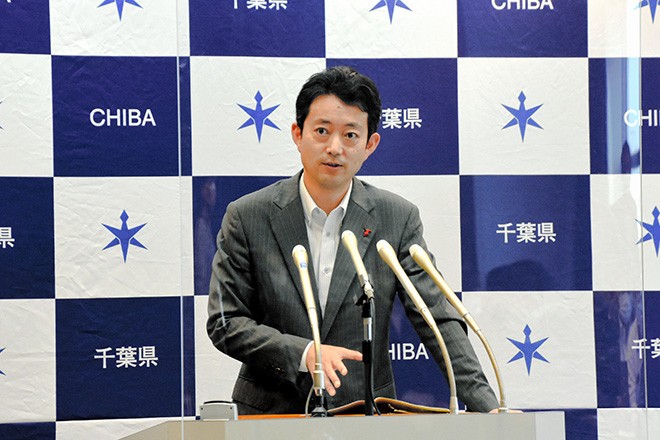 Chiba Governor Toshihito Kumagai on June 6 insisted that the Tokyo Olympics be held without spectators, arguing that there are more important things, such as public health, than watching sports live.

“If the Games are hosted with spectators, the risks of creating a huge flow of people will be the highest,” Kumagai said on his blog. “The Olympics may be a once-in-a-lifetime event, but they are just sports events after all.”

Chiba Prefecture, located just east of the capital, is scheduled to host events in four Olympic sports: fencing, taekwondo and wrestling in Chiba city, and surfing in Ichinomiya town.

Olympic organizers have already decided that spectators from overseas will be banned from attending the Olympics as a measure against the spread of the novel coronavirus, but they have not yet decided on whether to allow any people into the stands.

In what is believed to be his first public opinion on the issue, Kumagai, who took office in April, said on his blog that if spectators are allowed, he “will not be able to ask residents to refrain from crossing prefectural borders and to avoid nonessential outings during the Summer Games.”

He asked the central government and Olympic organizing officials to explicitly recognize this point.

The governor also compared watching the Olympics with visiting hometowns to see family members for the first time in a year or traveling with a growing 5-year-old child.

“Those cases cannot be considered less essential than going to watch the Games,” he wrote.

Kumagai also commented on the government’s comparison of the Olympics with professional baseball games that now allow a limited number of spectators in the stands.

“We should not think of an event held by private companies and an event hosted by governments in the same way,” he said. “There are no important life-sustaining reasons for the Games to be held with spectators.”