Student to sue university for only offering online courses 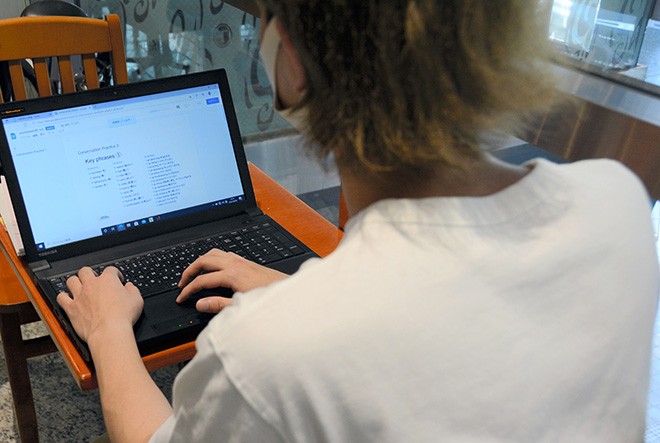 Fed up with only being offered online courses due to the novel coronavirus pandemic, a university student is planning to sue the institution for the return of school fees.

The student, who is 19, accused Meisei University of not fulfilling its obligation to offer face-to-face learning opportunities for more than a year.

He entered the university in Hino, western Tokyo, in April 2020 to study business administration to equip him with the skills to run his own company in the future.

His first disappointment came when the university canceled its entrance ceremony to welcome new students.

The next blow came when the department of business administration decided to offer only online courses for all of fiscal 2020.

In most cases, students were asked to watch a lecture video that had been recorded beforehand and submit a report.

“I saw professors only through a computer screen,” he said. “There was no opportunity to make friends to talk to and ask questions from the classes. I felt lonely.”

He contends the university did not adequately explain its decision to continue online courses, and said that created a sense of distrust.

Frustrated by the situation, he decided to sue the university.

His 70-year-old father encouraged him to pursue the matter if the university continued to handle the matter in an irrational way, he said.

In prepared legal documents, the student pointed out that the education ministry in July and September 2020 asked universities to explain being unable to offer face-to-face instruction and urged them to set up opportunities for students and professors to mingle.

But Meisei University acted “against the ministry’s request” and failed to fulfill its contractual obligation to let students use its facilities, he argued.

He is expected to demand 1.4 million yen ($12,800) in compensation, which includes part of the tuition.

“Many students are concerned and questioning the university's decision to continue online courses without giving the issue careful consideration,” he said. “Somebody needs to say something about it.”

A university representative said that all departments had offered only courses online since spring last year. Starting from last fall, some courses returned to a face-to-face format, but the business administration department stuck to online courses throughout the last fiscal year.

The guidelines were posted on the portal website for students and the university’s website, the representative said.

Freshman in the business administration department had two opportunities, September 2020 and March this year, to mingle with each other, as well as senior students and professors, the representative said.

The representative declined to comment on the student’s plan to file a lawsuit.

A survey by the education ministry found that as of last October, 187 schools including universities and polytechnics said face-to-face courses constituted less than half of the all those offered.

Eighteen of those schools said that “Almost all of the students understood and accepted the formats of courses.”