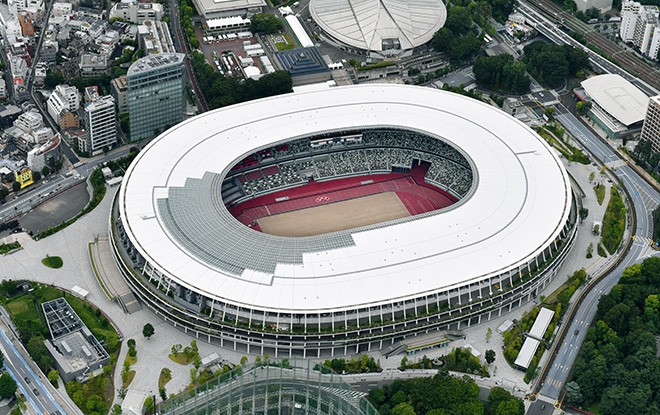 Government officials and Olympic organizers are expressing growing confidence that spectators will attend the Tokyo Summer Games, given the quicker pace of COVID-19 vaccinations and the declining number of infections in the capital.

An official decision on spectators is expected around June 20, when the current state of emergency for the novel coronavirus pandemic is set to expire in Tokyo.

Just over a month ago, Seiko Hashimoto, the president of the Tokyo Olympic organizing committee, said she was prepared to hold the event with no spectators in the stands. Olympic organizers had earlier banned fans from overseas from attending the Games.

But new COVID-19 cases in Tokyo have dropped since late April. And companies and universities can start vaccinating workers and students on June 21.

A high-ranking official in the prime minister’s office said fans would be allowed in the stands because “the athletes will not be able to give their best performances with zero spectators.”

Prime Minister Yoshihide Suga and other officials who want spectators at Olympic events have pointed out that Nippon Professional Baseball and J.League soccer games have been held even under the state of emergency.

Restrictions are currently in place for sporting and other events to prevent the spread of the virus. Up to 50 percent of a venue capacity can be filled, as long as the figure does not exceed 5,000.

Such guidelines will likely determine how many fans are allowed into each Olympic event.

But some organizing committee sources are already raising the possibility of allowing up to 10,000 spectators for each Olympic event.

Not everyone shares such increased confidence.

Experts on infectious diseases have consistently raised concerns about allowing in too many people to Olympic events.

Shigeru Omi, chairman of the government panel of experts dealing with the novel coronavirus, has called for reducing the scale of the Olympics and to also consider allowing in only a minimum number of spectators.

Many health experts also say the Olympics cannot be compared with professional baseball and soccer games.

They say that a much wider spectrum of fans will attend the Olympics, and if they all start moving about because of the various events, the risk of outbreaks would increase.

Government sources are also concerned about a possible surge in new cases after the state of emergency is lifted on June 20.

Touching upon the difficulty of managing the infection risk, one source said: “The various issues will not be settled simply by opening the Olympics. Including the Paralympics means the entire event will continue until early September.”

“If too many spectators are allowed in and something should happen, there is the risk the administration would be criticized,” the official said.

The decision on whether to allow in spectators will likely be made after the views of experts, general public sentiment and the circumstances facing the Suga administration are taken into consideration.

(This article was written by Taro Ono and Takeshi Teruya.)