OLYMPICS/ Australian baseballers give up on Olympic bid due to COVID 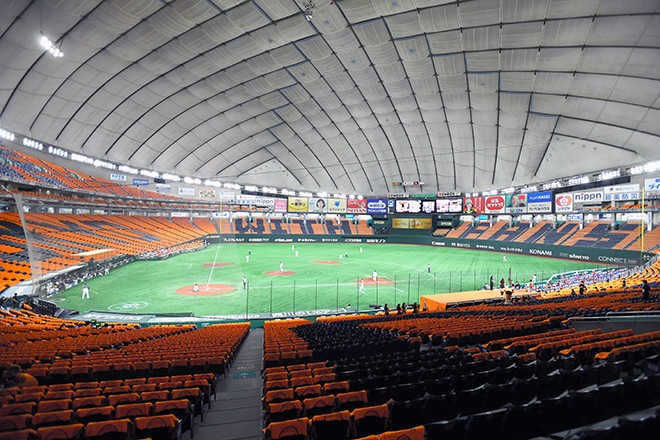 A baseball season opener was held without fans in stands due to the state of emergency at Tokyo Dome on June 19, 2020. (Asahi Shimbun file photo)

MELBOURNE--Australia has pulled out of the final baseball qualifying tournament for the Tokyo Olympics due to “insurmountable” challenges amid the global COVID-19 pandemic, the sport’s national governing body said.

The decision comes less than a week after Taiwan’s withdrawal from the June 22-26 tournament in Puebla, Mexico, which was moved from Taiwan due to a spike of coronavirus cases in the Asian nation.

“The planning for Taiwan was extensive and with the late change in location and dates, those plans became obsolete.

“We worked through multiple options and scenarios but the logistical challenges of providing a safe environment for the group were insurmountable.”

Mexico is still reporting thousands of new COVID-19 cases a day and health ministry data released on Tuesday said that 229,100 people had died since the start of the pandemic.

Australia won a baseball silver medal at the 2004 Athens Olympics.

Baseball is returning to the Games for the first time since Beijing 2008. Six nations will compete for gold in Tokyo with hosts Japan, Israel, Mexico, South Korea and the United States already qualified.

With China pulling out last month, the Puebla tournament is now reduced to three teams competing for the final Olympic berth: the Dominican Republic, Venezuela and the Netherlands.

Williams said even if Australia had won the event, the timing did not allow for the team to complete the mandatory two weeks in hotel quarantine upon returning home and then meet the “requirements of entry” to the Tokyo Games.

“The athletes and staff have worked diligently in preparing for the event throughout the constantly changing landscape,” he said.

“It’s really disappointing they won’t have the chance to chase a berth at th Tokyo Olympics.”