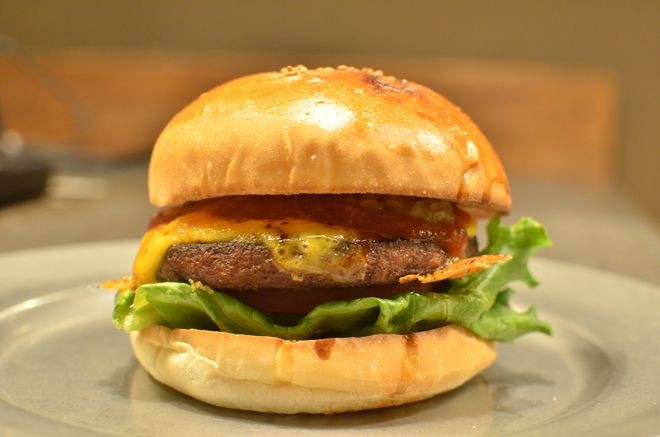 Japanese meat processors and Japan's farm ministry were late to the table as a meat-free wave primarily in Europe and the United States is bringing change to the global meat industry.

Meat suppliers are successively pitching imitation products using soybeans and other plant-derived proteins to replicate the flavors of beef, chicken and pork for household consumption.

In Japan, leading meat processors were reportedly struggling to decide whether to ride the meat-replacement wave, since their core products utilize livestock.

NH Foods Ltd. said some employees raised concerns about the possibility that the handling of meat substitutes “may sound as if we, a business selling primarily meat products, were opposing the consumption of meat.”

Thus, NH Foods repeated discussions for half a year to a year and committed itself to “realizing the taste that only a meat seller can create” based on its special combination of materials, such as soybeans and konjac, to re-create a meat-like texture.

NH Foods currently considers it as its mission to offer “various sources of proteins,” on top of meat and fish, for consumers.

Itoham Foods Inc. likewise said that it will never deny meat consumption and targets “those who usually have meat but are well aware of their health.”

The company's products feel like real meat in the mouth because carefully selected kinds of soy protein are used. A mixture of spices and other substances are added as well for an appetizing aroma.

“Efforts to meet the U.N. sustainable development goals (SDGs) and other eco-friendly targets will gradually spread on Japan’s dinner tables,” said an Itoham Foods representative. “We found it important for us to create a tasty product so that consumers will choose it and think of the global issues as their own problems.”

The farm ministry has set up a council to support new fields of research so that the nation can take advantage of the changing trend.

While soybeans and other sorts of plant are used to substitute for animal proteins, the tissue engineering technique is also used to proliferate animal cells in vitro for consumption.

As the tissue culturing method is still in a research and development stage in Japan, items developed with the technology have yet to be made available in the market.

The tendency to replace meat with other ingredients is going global.

The U.N. Food and Agriculture Organization in 2013 released a report calling for use of insects for food and livestock feed based on the estimate that the world’s population will rise to nearly 9 billion in 2050, resulting in a shortage of protein sources.

In addition, a belief is gradually spreading that keeping cattle, pigs and fowl entails large consumption of water and feed so having large volumes of meat exacerbates global warming.

Because of that, many consumers are increasingly turning to vegetarianism mainly in the United States and Europe.

A situation unique to Japan has also fueled the trend.

Restaurant operators are wanting to win over tourists who visit the nation from overseas for the Tokyo Olympics and Paralympics, and consumers become more health-conscious while spending much time at home during the novel coronavirus crisis.

The farm ministry set up the Council for Public-Private Partnership in Food Technology in October last year to better respond to the world food industry’s shift to new protein sources.

About 800 individuals from 400 food makers, start-up firms, research institutes and other organizations have joined the project by the end of April this year. They are expected to hold technical meetings within eight specialized subcommittees on plant-based foods, insects, cultured meat, foodstuffs for consumption in outer space and other topics.

The plant-derived food subcommittee is discussing what campaigns should be staged to raise awareness of meat alternatives. The edible bug panel is gathering information both in and outside Japan with an eye on the commercialization of insect-based food products and livestock feed.

The increased interest in new businesses combining food and the latest technologies underscore the fact that Japan cannot continue doing business as usual irrespective of the global trend.

The European Commission in May last year unveiled a “fair, healthy and environmentally friendly food system” under its Farm to Fork policy.

In it, such protein sources as plants, algae, insects and imitation meat are described as falling under the significant field of research and development to fulfilling the goal of reducing the nation's greenhouse gas emissions to zero by 2050.

The move in Europe is said to be impossible to ignore for the Japanese government, which is looking to increase the exports of agricultural, forestry and fishery products as well as other foodstuffs fivefold to 5 trillion yen ($45.6 billion) by 2030.

“The standards (in Europe) could be accepted as international food criteria sometime in the future, so we are gearing up to flow with the tides,” said a farm ministry official.

According to data from the farm ministry, an estimate by a U.S. start-up company shows venture capital firms all over the world invested a total of 3.29 trillion yen in food technology in 2020, almost five times that of 2014.