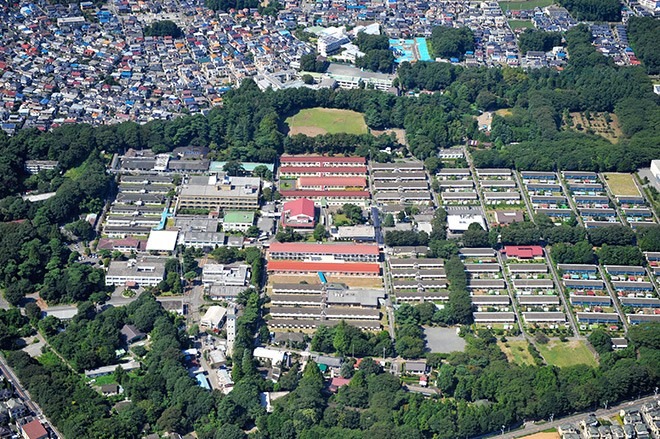 A city in western Tokyo is giving pandemic-frustrated children a chance to release pent-up enthusiasm and stifled excitement by attending an Olympic torch relay ceremony held at a sanitarium for leprosy patients.

Schoolchildren in Higashimurayama city have seen many of their school activities canceled as a precaution against the spread of the novel coronavirus in the capital.

But city officials have asked children at elementary and junior high schools to join the ceremony to welcome the Olympic torch’s arrival on the evening of July 13.

“Why in the world is there an exception in the case of the Olympics?” one of them asked.

City officials have insisted that attendance “is not mandatory.”

The torch ceremony will be held at Tama Zenshoen, a national sanitarium for leprosy patients, which has suspended annual visits of school children to avoid the risk of novel coronavirus infections.

The event is being hosted by the Tokyo Organizing Committee of the Olympic and Paralympic Games and is scheduled to start at 4:30 p.m. and end at 7:30 p.m.

Under the city’s initial plan, 2,000 to 3,000 schoolchildren would attend the Olympic torch ceremony.

But the COVID-19 pandemic prompted the city to halve the number of attendees.

On May 31, the principals of 22 elementary and junior high schools in the city received a request from the Higashimurayama government to each select two children and their parents or guardians to attend the event.

The city explained that the ceremony will provide an opportunity for children “to welcome the torch’s arrival together, deliver smiles and think about the importance of human rights and the realization of an inclusive society.”

But many principals were not comfortable with the explanation.

A principal of a junior high school said discussions among educators about the invitation were like: “It’s difficult. What should I do? What will you do?”

The principal decided to let all of the school’s students know about the invitation because  “some parents and students might be willing to attend because it is a once-in-a-lifetime event.”

Noting that the torch ceremony falls under the “after-school activity” category, the principal said, “Attend or not to attend, it is up to the parents to decide.”

So far, 18 people at the school said they wanted to attend. The principal said there will be a lottery to select the attendees.

Another school, using email, only notified parents of sixth-graders about the city’s invitation.

According to a school representative, the email said: “This request came from the city. It is the parents’ choice to attend the event or not. The school has nothing to do with it.”

The school recently selected attendees in a drawing.

Another principal of an elementary school said the school has declined the invitation.

“Initially, we thought we had to select attendees,” the principal said. “But then we heard from the city that it is not mandatory. We saw a risk of infections, as well as a problem in the selection process. After discussing the matter with teachers, we declined.”

Parents and teachers have also raised questions about the city’s decision.

A 38-year-old woman said her child’s elementary school has canceled or suspended many school activities out of safety concerns.

“It doesn’t make sense that only the torch relay event gets the OK,” she said.

She also expressed fears that the virus could spread during the torch welcoming ceremony.

“What happens if it becomes an infection cluster? They can’t just say, ‘We don’t know,’ because they are calling for participants through the schools.”

Another mother, 34, whose child attends a junior high school in the city, expressed mixed feelings.

“My child wants to go, but I don’t know what kind of event it will be. I am worried that the bus going home will be really packed,” she said.

Hiromichi Miyazawa, who teaches at a public elementary school in Higashimurayama, said, “The city has yet to tell schools about safety measures, so I cannot assume responsibility as a teacher who has the children’s lives in my hands.”

As a school activity, students in the higher grades at Miyazawa’s school visit Tama Zenshoen to learn about human rights issues by listening to people who have recovered from leprosy.

But in the past year or so, the sanitarium has had to suspend such visits because of the pandemic.

“We have canceled traveling classes, social studies field trips and excursions, keeping children from participating in many activities,” Miyazawa said. “How can we tell them that we’ll make an exception, just this once, for the Olympic torch event?”

A city official insisted that COVID-19 preventive measures will be in place at the ceremony, such as asking attendees to wear masks, use hand sanitizers and have their body temperatures checked.

“If many parents are worried and nobody wants to attend, then it is not an obligation for schools to select attendees,” the official said.