Japan ranks poorly in survey as place to raise children 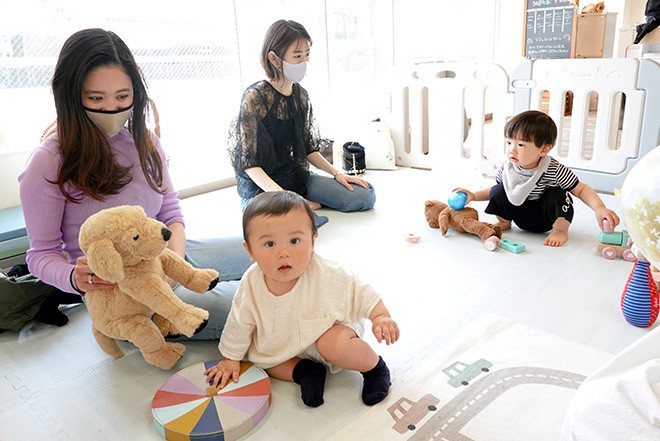 Mothers and their toddlers use a child-raising salon in Tokyo. (Eriko Noda)

Japan in the eyes of young people hoping to raise a family ranks far and away behind other countries, especially in comparison with three European nations, a survey shows.

The study by the Cabinet Office found that 61.1 percent of Japanese respondents did not think Japan was an easy place to raise children.

In contrast, only 2.1 percent of respondents in Sweden gave that answer, while the figure was 17.6 percent in France and 22.8 percent in Germany.

The survey is carried out every five years to help the government devise steps to tackle the declining birthrate.

The latest survey, conducted between last October and January, covered people aged between 20 and 49. About 1,400 respondents were questioned in Japan, while 1,000 or so were surveyed in France, Germany and Sweden.

Asked if the mother played the central role in raising children until they enter elementary school, the survey found that 49.9 percent of respondents in Japan concurred. The figures for the three European nations were 25.7 percent in France, 31.4 percent in Germany and 4.3 percent in Sweden.

Another question concerned fertility treatment. In Japan, 44.6 percent of respondents regarded such treatment as difficult to access. When asked why, about 90 percent cited the high cost.

The corresponding figures for the three European nations ranged between 10 and 16.6 percent.