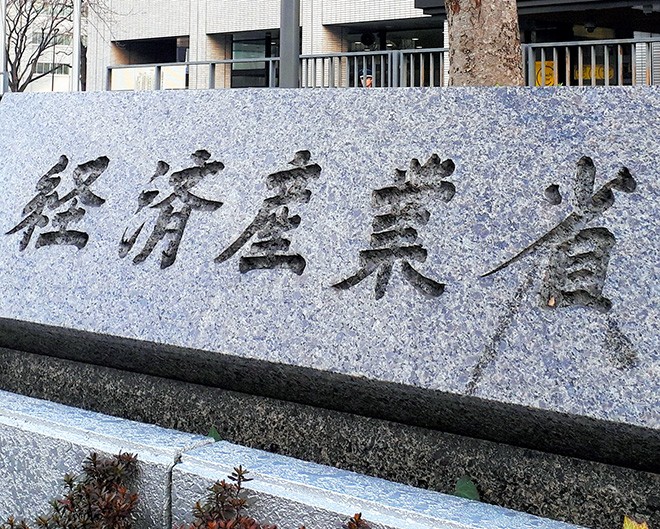 Toshiba Corp. announced on June 13 the resignations of several top officials over scandalous allegations that the company colluded with the industry ministry to undermine foreign shareholders.

“We will put together prevention measures, pass them on to future management and continue to maintain the transparency of management even further,” the company said in a statement.

An explosive report released on June 10 containing details of an external investigation into the company accuses Toshiba of acting with the ministry to unjustifiably pressure some foreign shareholders over a personnel proposal submitted at a shareholders meeting in summer 2020.

Two company top brass alleged to be involved in the scandal--Masayasu Toyohara, the company’s senior vice president, and Masaharu Kamo, a managing director--will resign as executive officers, Toshiba said. Two outside directors in the position of overseeing the board of directors will also resign.

The ministry has yet to explain or answer questions surrounding the scandal.

“There is a possibility that fact-checking will bring out a background story that is different from what the investigative report pointed out,” a ministry official said. “It may make more sense for Toshiba to hunt for the truth and explain.”

The ministry has yet to respond formally to the company’s announcement of the resignations.

According to the third-party investigative report, which was commissioned by shareholders, Toshiba’s management team asked the ministry to support the company in handling shareholders before a general shareholders meeting in summer 2020.

Based on rules of the Foreign Exchange and Foreign Trade Control Law and other regulations, some ministry officials requested Effissimo Capital Management Pte. Ltd. to withdraw a personnel proposal.

The officials also pressured third-party shareholders not to agree with the personnel proposal, the report said.

Industry minister Hiroshi Kajiyama said at a news conference on June 11 that the matter is “about Toshiba’s governance, so I want to wait for Toshiba to consider its reaction from now on.”

Kajiyama also said it is “not necessarily clear how, and on what evidence, (the report) concluded in each (of the cases).”

The minister said he would “check, if needed.”

The report said the ministry deviated from the point of the law and tried to limit the shareholders’ right of proposal.

But Kajiyama said the ministry, in general, sometimes obtains information from businesses to evaluate shareholders’ activities that are subject to regulation.

The report also said that a ministry official leaked the exchanges between the ministry and Effissimo to Toshiba.

Toshiba “received information without hesitation in a way that could breach confidentiality under the National Civil Service Law,” the report said.

The report also revealed that the ministry officials who received a de facto request from Toshiba had served as a go-between, and that a ministry adviser at the time contacted the Harvard University endowment fund, which is a large shareholder of Toshiba.

Thanks to the adviser’s help, the fund did not exercise its voting right, which was what Toshiba wanted.

The adviser resigned in January.

The scandal was brought up in May at a Lower House committee meeting.

“The ministry never asked the former adviser to lobby individual shareholders regarding exercising their voting rights,” a ministry representative said.

The report also said Prime Minister Yoshihide Suga, when he was chief Cabinet secretary, made a remark to a Toshiba official regarding the handling of shareholders last summer before a general meeting of shareholders.

Suga denied having any knowledge of this.

“It is summed up in what the prime minister said.”

The report mentioned a breakfast meeting Suga had with Toshiba’s president at the time, Nobuaki Kurumatani, and others.

“I think, in general, the prime minster has had talks with many different people,” Kato said. “But every single one of them is not necessarily out in the open.”

(This article was written by senior staff writer Toshiki Horigome, and Daisuke Hirabayash.)