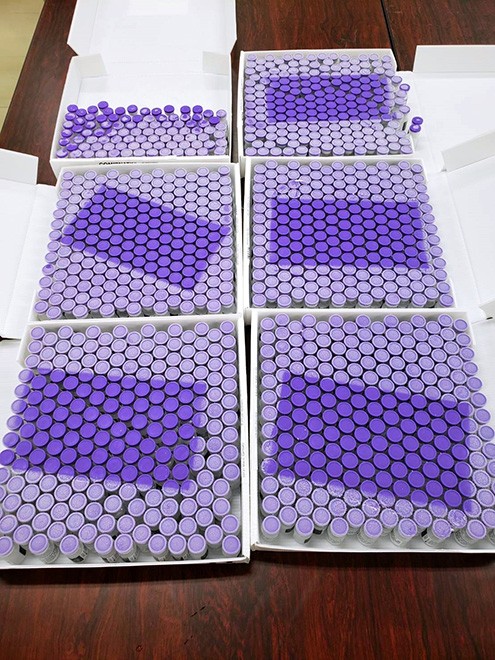 Thousands of COVID-19 vaccine doses were ruined after a temperature rise in an ultracold storage freezer in Kawasaki, Kanagawa Prefecture. (Provided by Kawasaki city)

Kawasaki city said it will use spare doses to avoid a delay in the schedule of its vaccination program.

The vaccine used by the city was developed by U.S. pharmaceutical company Pfizer Inc. and German partner BioNTech, and it must be stored in temperatures of minus 60 to minus 90 degrees.

A city official visiting a storage site for vaccine doses in the city heard an alarm blaring from the freezer in question at 8:10 a.m. on June 13, according to the city government.

The Pfizer vaccine can be stored at 2 to 8 degrees, an average temperature inside regular refrigerators, for one month, but doses that refreeze after thawing cannot be used for inoculations.

Kawasaki city said it decided to dispose of the doses stored inside the freezer because the temperature exceeded 8 degrees at one time.

The freezer was developed by Ebac Co., a Tokyo-based manufacturer of freezers and refrigerators, for exclusive use with the Pfizer vaccine, according to the city.

In a statement released on June 12 on its website, the company confirmed that the temperature inside the same type of the freezer could suddenly rise. It said it will recall 294 units of the freezer it had delivered to its clients and replace them with new ones as soon as possible.