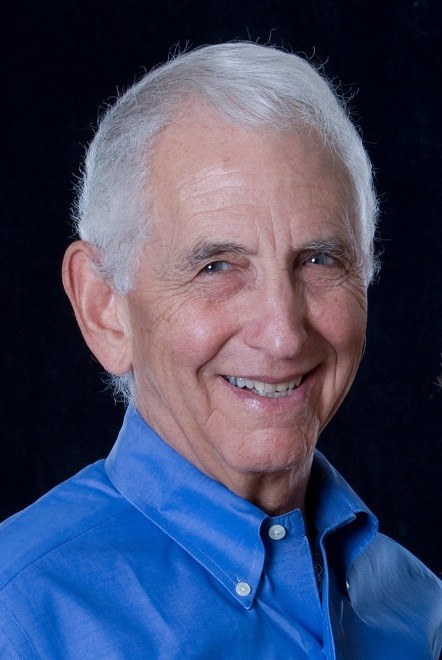 WASHINGTON—U.S. President Dwight D. Eisenhower seriously considered launching a nuclear attack against China during the Second Taiwan Strait Crisis in 1958, according to a former Department of Defense official.

Daniel Ellsberg, 90, a nuclear policy expert who has disclosed a confidential document about the incident, said Eisenhower was prepared for possible nuclear retaliation from the Soviet Union.

In an interview with The Asahi Shimbun on May 25, Ellsberg also expressed strong concerns about the current tensions between Washington and Beijing over the Taiwan Strait.

“We’re talking now about possibly intervening in the civil war between China and Taiwan with U.S. force,” Ellsberg said. “I felt that this study was particularly relevant now to public debate and consideration.”

Ellsberg is famed for his acquisition and exposure of the classified Pentagon Papers in 1971, which he created with other staff members at the U.S. Department of Defense for the Vietnam War.

At that time, Ellsberg made a copy of another top-secret document written and examined by Morton Halperin, a former deputy assistant secretary of defense, in connection with the Second Taiwan Strait Crisis.

The secret document shows that Eisenhower and high-ranking military officers at a meeting were considering the use of tactical nuclear weaponry for a pre-emptive strike against mainland China.

They surmised that the Soviet Union would intervene following such a U.S. nuclear attack, resulting in tit-for-tat actions using nuclear bombs between the two sides.

Nathan Twining, chairman of the Joint Chiefs of Staff, suggested that a U.S. nuclear attack against the Chinese mainland would prompt Soviet Union nuclear counterstrikes most likely on Taiwan and probably on Okinawa Prefecture.

According to Ellsberg, later studies revealed the Soviet Union and China had no intention of going so far as to engage in an armed conflict with the United States.

But Ellsberg noted there was still a risk, citing as a similar example the Cuban Missile Crisis under the administration of President John F. Kennedy.

“There were a number of ways in which war could have emerged, even though there was no intention,” Ellsberg said.

Ellsberg, who was deeply engaged in compiling the U.S. nuclear war plan, said, “When we look at decision-making that led to catastrophe ... there is a very strong tendency for people to think: ‘Well, that was long ago. Those people were dumb.’

“That's absurd,” he continued. “The statesmen (then) were at least as smart people as the ones right now or in between. They made horribly unwise judgments.”

Ellsberg was quite concerned about the possibility of the current U.S.-China friction leading to an all-out war.

“Both sides would suffer very great costs,” he said. “If they are not stupid and foolish and reckless and crazy, they will not start a war ... . But you know, that doesn’t mean it won’t happen.”

Question: You obtained copies of the document on the second Taiwan Strait Crisis in 1958 when you got the Pentagon Papers, right?

Ellsberg: The so-called Pentagon Papers were a study of U.S. decision-making in Vietnam from 1945 to 1968. I had worked on this study and had drafted the 1961 decision-making volume. And I was studying that for lessons from our failure in Vietnam. But I also had, in my top-secret safe, a top-secret study by Morton Halperin for the Rand Corporation, where I worked, that he had worked on (for) the Taiwan Strait Crisis in 1958. He worked on that as a Rand consultant from 1963 to 1966, when it came out as a top-secret report.

So in 1969, when I was copying the Pentagon Papers, I also copied other documents from my top-secret safe with the intention of putting them out eventually after the Vietnam War had subsided, or after the Pentagon Papers had done what they could. And that included Morton Halperin’s study.

Q: Why do you think the document should be widely read for public debate 50 years later?

Ellsberg: The threat of initiating nuclear war has remained U.S. policy until today. And that’s why I felt that this study was particularly relevant now to public debate and consideration because it is a study of an occasion in which the Americans very seriously were preparing for first use or initiation of nuclear war against mainland China.

Q: I am surprised that, according to the document, generals were seriously considering a nuclear attack on mainland China. And the chairman of the Joint Chiefs said then, there would be “no alternative but to conduct nuclear strikes deep into China as far north as Shanghai.”

Ellsberg: The theory, the strategy, of pursuing U.S. national security interests by threatening the initiation of nuclear war. That was the core of Eisenhower’s strategy, the so-called New Look, or Massive Retaliation strategy, where the official top-secret doctrine that I was aware of said that in any conflict with a major power, like the Soviets or China, the main but not sole reliance would be on nuclear weapons.

When the Chinese mainland, the Chinese Communist government, announced that they intended to take back sovereignty or to assert sovereignty on the offshore islands of Quemoy and Matsu, the United States had at that time no plan for defending them with conventional weapons, non-nuclear weapons. Their plan consisted entirely of using nuclear weapons, perhaps tactical nuclear weapons … both in the water, in the Taiwan Strait, and on China.

And they continued, the military, except for the U.S. Army, Maxwell Taylor, the other Joint Chiefs of Staff continued to press strongly for the use of nuclear weapons at the outset of any attempt to invade Quemoy or Matsu, or to blockade them successfully using, for example, air interdiction.

And President Eisenhower agreed that if the blockade were successful, in particular, if they used air interdiction in addition to artillery, he did say we would use nuclear weapons. That’s their plans.

He did disconcert them by saying that he wanted initial operations by the United States to be conventional. And they had no such plans, but they had to immediately work on planning for an initial phase of conventional weapons. But everyone agreed, including Eisenhower, that if the Chinese did not quickly back off in this case, we would have to use nuclear weapons.

Q: On the 1958 crisis, they had already acknowledged that the Soviet Union would retaliate with a nuclear attack. And surprisingly, the Joint Chiefs of Staff stressed that if national policy is to defend the offshore islands, then the consequence had to be accepted.

Ellsberg: I drafted the guidance for the nuclear war plans of the United States in 1961, which were given by the secretary of defense to the Joint Chiefs of Staff. For that purpose, I studied the Eisenhower plans, which I was replacing. The Eisenhower plan had no provision for limited war with the Soviet Union. In the case of any armed conflict with the Soviet Union, we would immediately carry out, pre-emptively if possible, an all-out attack on every city in Russia, Soviet Union, and China, an all-out war.

Q: So, do you think the 1958 crisis was on the verge of a nuclear war between the United States and the Soviet Union?

However, (Nikita) Khrushchev was saying that he stood fully behind the Chinese and would use all available weapons on the side of the Chinese. The Americans, from Eisenhower down, took it for granted that an attack on China would (lead the) Soviets to retaliate with nuclear weapons. In other words, in my opinion, in retrospect, that was extremely unlikely that Khrushchev would have done that despite his public statements. He said he would, but I don’t think he would.

Another thing we know in retrospect, did not know at the time, was that Mao (Zedong) had no intention of pressing this to armed conflict with the United States. So, in that sense, looking back on it, it was not dangerous because they were not going to press.

The Cuban Missile Crisis, in which I participated as a consultant right below the level of the White House, the executive committee of the National Security Council, I was reporting to them, and studied that for a great deal. I conclude that, contrary to their public statements, neither Kennedy nor Khrushchev had any intention of going to armed conflict. They were, in effect, bluffing.

We could go into exactly the details here. I won’t do it now. But going back to the Taiwan Straits, it was not the intention of the Chinese to hit an American ship with their artillery. It was about bombarding Quemoy.

Does that mean it was impossible that they would hit a ship, either by accident or because some lower person thought the time had come to do so and couldn’t resist, or acted? In other words, there were a number of ways in which war could have emerged, even though there was no intention.

And as our military and Eisenhower said, we would have to “accept the consequences of using nuclear weapons with the expectation that the Soviets would reply on Taiwan and possibly elsewhere, Okinawa, Guam.” So, that it would be an expanding war. They accepted that, in effect. The effect would have been to obliterate Taiwan and Okinawa. And assuming that it did not go as far as Japan, but which could have happened.

Q: What would be the lessons learned from the 1958 Taiwan Strait crisis?

Ellsberg: When we look at decision-making that led to catastrophe, like World War I, by almost all parties, or the decision-making in Japan in 1940-41, which looks inconceivably bad when you look at it, or the decision-making in Vietnam, or invasion of Iraq, or in 1958, there is a very strong tendency for people to think: “Well, that was long ago. Those people were dumb. They were naive. They were immature. We’re not like that now. Weren’t they strange and awful?” And so there’s no lesson to be learned for us. That’s absurd.

The statesmen in 1914 were at least as smart people as the ones right now or in between. They made horribly unwise judgments. And that is equally available to our decision-makers right now.