Poll: No leader in Fukushima fully on board with water-dump plan 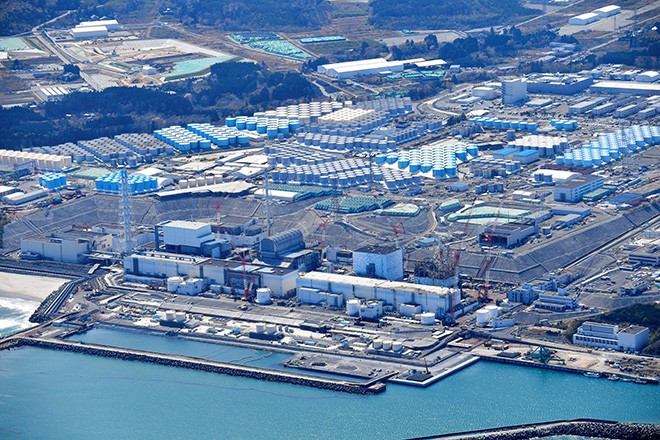 Not a single local government leader in Fukushima Prefecture fully supports the central government’s plan to dump treated radiation-contaminated water from the stricken Fukushima No. 1 nuclear power plant into the ocean.

The Asahi Shimbun sent out questionnaires in late May to Fukushima Governor Masao Uchibori and the mayors of all 59 municipalities in the prefecture. Responses were received from all 60 leaders.

Seven mayors said they totally disapprove of the decision, while 34 said they somewhat disapprove. That meant that 68 percent of respondents were against the government’s plan.

Fourteen respondents, including Uchibori, did not respond to the question. The mayors of Okuma and Futaba, where the crippled nuclear power plant is located, also did not respond.

When asked to give reasons for disapproving the decision, 32 mayors said there was insufficient understanding of the plan both in Japan and abroad. Respondents were allowed to choose multiple reasons.

Twenty-nine mayors said the measures announced so far by the central government and Tokyo Electric Power Co., the operator of the plant, for compensating or dealing with negative publicity from the dumping of the water were insufficient.

When asked why they somewhat support the water-dumping decision, four mayors chose “there are no other viable alternatives,” while four said the move was needed to promote decommissioning of the Fukushima No. 1 plant reactors.

The respondents were also asked what negative fallout from the plan they were worried about. Forty-four said they feared consumers would refuse to buy produce from Fukushima, while 35 said the water-releasing move would lead to a reduction of tourists visiting the prefecture.

When asked about how the central government went about achieving a consensus for the decision, 35 mayors said they somewhat disapproved of the process, while 10 said they did not approve of it at all.

Underground water and rain have flowed into the nuclear plant and become contaminated with radioactive substances. More than 1 million tons of such radioactive water is being stored at the plant site, but space is running out.

Under the government’s plan, the water will be treated to remove radioactive materials and then released into the ocean in about two years’ time.

But tritium, a radioactive form of hydrogen, cannot be totally removed in the treatment process.

The government said the tritium concentration would be diluted to less than one-fortieth of legal safety standards before the water is dumped into the ocean.

Since autumn 2020, media organizations had said the central government was moving toward dumping the processed water into the ocean.

Fishermen and farmers in Fukushima Prefecture said these reports increased the negative publicity that is affecting their livelihoods.

Iwaki is a major manufacturing area in the Tohoku region for industrial products, but ever since the triple meltdown at the Fukushima plant in 2011, concerns have been raised about radioactive materials contaminating such products.

In fiscal 2020, 215 tests were carried out, mainly on wood products, such as tables and chairs, for radioactive materials.

Officials of other prefectures in the Tohoku region, such as Miyagi, Iwate and Aomori, as well as the Kanto prefectures of Ibaraki and Chiba are increasingly worried about the negative publicity affecting their local industries.

In 2017 and 2020, the assembly of Miyagi Prefecture, which lies north of Fukushima, submitted documents to the central government opposing the dumping of processed water into the ocean.

On both occasions, the central government did not respond.

Naoya Sekiya, an associate professor of disaster information studies at the University of Tokyo, said the central government’s insufficient explanations were a major reason for the strong concerns held about negative publicity, which would affect not only the fishing and farming sectors but also tourism.

“The government must seek the understanding of a wide range of concerned officials,” Sekiya said. “It should present measures for dealing with negative publicity as well as specific compensation measures as soon as possible.”

(This article was written by Shinichi Sekine, Toru Furusho and Shinji Ueda.)