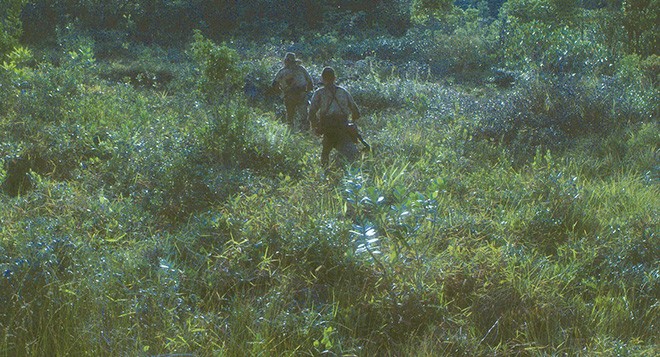 A film about a Japanese soldier who hid in the jungles of the Philippines for 29 years after the end of World War II will be screened at the 74th Cannes International Film Festival.

Hiroo Onoda, a second lieutenant in the Imperial Japanese Army, was deployed to Lubang island in the Philippines to fight the Allies.

He refused to believe the war ended until 1974, when his former commander landed on the island to formally relieve him of his duties. Onoda died in 2014 at the age of 91.

The office of the festival announced on June 14 that the film, “Onoda,” was chosen to open the Un Certain Regard section.

The film was jointly produced by France, Germany, Belgium, Italy and Japan and directed by Arthur Harari, an up-and-coming French filmmaker known for works themed on social issues.

Many Japanese actors, including Yuya Endo and Kanji Tsuda, who both played the leading role, are cast in the film.

Harari was determined to have actors speak in Japanese in the film and created a spine-chilling drama with his thorough research and directing skills, according to the film's distributor.

"In an email I received from him before the start of shooting, Harari said, ‘The upcoming shoot will be a big adventure. Let’s enjoy it till the end!’" said Endo, who played Onoda when he was young. “The big adventure turned into the film and became part of my life.”

Tsuda, who played Onoda in his later years, said, “It was a big event in my life that I could participate in the work directed by a young French filmmaker who was inspired by the story of a Japanese soldier and spent years making it into the film.”

The Un Certain Regard section is dedicated to selecting innovative films. Renowned Japanese film director Kiyoshi Kurosawa won the Jury Prize in the category for his film "Tokyo Sonata" in 2008 and the Best Director award for his work "Kishibe no Tabi" (Journey to the Shore) in 2015. Koji Fukada’s “Fuchi ni Tatsu" (Harmonium) also received the Jury Prize in the section in 2016.

“An” (Sweet Bean), directed by Naomi Kawase, was screened at the festival in 2015 to open the Un Certain Regard section.

“Onoda” will be premiered on July 7 at this year’s festival and is scheduled to be screened in Japan this fall.