TOWARDS EQUALITY: Silenced for too long, Afghan women sing for their rights 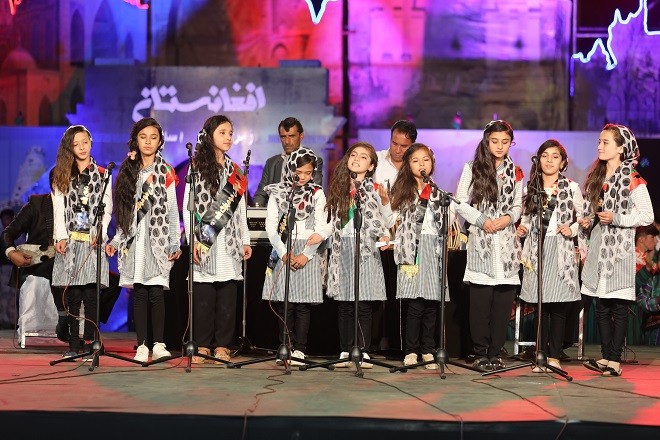 The protracted war in Afghanistan has fragilized the country’s entire education system. Both the quest for political power and religious extremism in the Islamic country have led to the politicization of education, with some circles seeking to introduce ideology into the school system.

Officially, the Afghan government favors girls’ access to education, but culturally, some girls still face restrictions to attend school in certain areas of the country.

And while on paper the Afghan Constitution guarantees gender equality, there are serious shortcomings in practice. Najiba Arian, a spokesperson for the Afghan Ministry of Education, said there are currently 9.7 million students in the country, 42 percent of whom are girls.

But roughly 3.7 million children do not attend school--60 percent of them are girls. Hardships to access the school system are worst in southern and eastern provinces, said Arian, not only due to security reasons but also because of tribal and traditional customs.

Most of these areas, which belong to particular ethnic groups, are controlled by the Taliban, who ruled the country in the 1990s and still oppose girls’ and women’s education, despite recent claims of change. Schools that have been built over the last 20 years are, in fact, getting destroyed by the armed group.

Yet facing these and other challenges has led Afghan women to fight for their rights, sometimes with successful outcomes. In 2015, the country’s Ministry of Education presented a controversial plan involving female students’ uniforms that would cover girls’ bodies with long, dark-colored clothing, similar to that of extremist Islamist groups.

Civil society activists contested the move, arguing that the dress not only promoted extremism, but was also too hot to wear during summertime--which is when schools are open in the country.

Finally, the Ministry of Education had to abandon the plan. In some parts of the country, where conservatism and tribal customs still prevail, girls do wear body-covering long dark dresses--which also covers their faces--despite often reaching high temperatures, making it hard for them to attend school or actually pay attention in class.

But now the battle for gender equality in Afghanistan’s educational environment has taken on a new color, thanks to an online women’s rights movement that hopes to raise the voices of those who have been silenced for too long--the “Ma’arif (which means Education) Choir Campaign.”

The campaign was born out of the outrage caused by an announcement from one of the Ministry of Education’s departments in March 2020, which forbade female students over 12 from singing in school choirs in public and in front of men.

Spontaneous and leaderless protests began taking place online, due to the coronavirus pandemic, in a rather original way. More than 100 women posted videos of themselves singing their childhood songs on the Internet, asking why female students should be prevented from singing two decades after the fall of the dark Taliban rule, prompting widespread and long-lasting public support for the campaign.

Once again, the protests led the government to retreat, and the Ministry of Education finally issued a statement saying that the plan did “not reflect the official position and policy of the ministry.” Wahid Omar, an adviser to Afghan President Ashraf Ghani Ahmadzai, said, “No individual or institution is allowed to set limits for its citizens, (which is) contrary to the spirit of the country’s Constitution.”

Earlier this year, the government tried another move, this time to merge schools with mosques during the first three years of the elementary school program--presumably to gain influence against radical Islamists groups such as the Taliban--but it was also quickly shut down after online protests.

The minister of education, Assadullah Hanif Balkhi, said the plan was for students to have access to education in areas without schools and that it had been misinterpreted.

During the choir campaign, Fariha Esaar, one of the women activists who sang in front of a camera, said, “Both the plan to merge schools with mosques for the first three years of education and the plan to ban female students over 12 from singing in schools are efforts made to radicalize and Talibanize Afghanistan's education system.”

Now, with the withdrawal of foreign forces and the possibility of escalating civil war in the country, she added, there are serious concerns about the group's influence in specific circles.

“We cannot remain silent in this regard,” Esaar said. “We will stand up and prevent the influence of extremism in the education sector. We have succeeded in this campaign, but we must have more structural plans to ensure gender equality so that political decisions don’t exclude women.”

Ghulam Dastgir Munir, an education expert, said he got suspended from his teaching position in a public school because of his heavy criticism of extremist initiatives such as educating children in mosques and banning girls from singing.

According to Munir, the main challenge that remains ahead is that the seats and positions in the education sector are assigned not on the basis of expertise but depending on political affiliation, and that, in order to ensure gender equality and depoliticize schools, appointments must be free of political affiliation.

The Ma’arif Choir Campaign is one successful example of a civil society movement fighting for gender equality in Afghanistan. However, a long-term action plan is needed to guarantee gender equality in the educational sector--one that raises the ratio of female teachers and increases awareness among families, particularly in remote areas of the country, so that more girls can attend school.