TOWARDS EQUALITY: Making women’s voices heard in the media 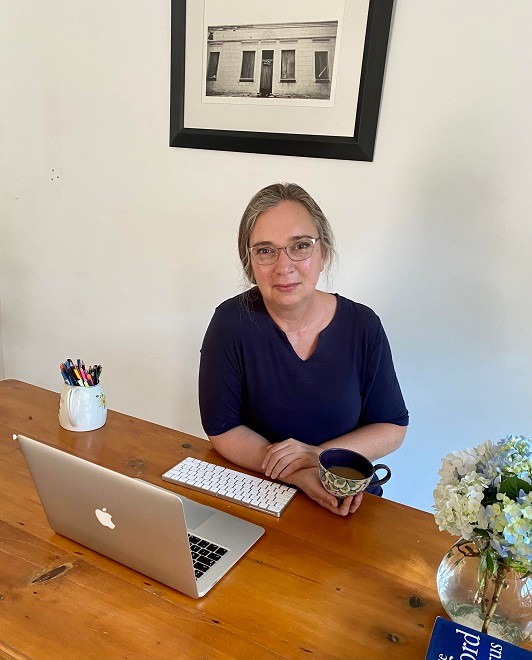 The South African nonprofit Quote This Woman aims to close the gender representation gap in the media, by providing media professionals an all-female expert database willing to be interviewed and hoping to be heard.

“Because women’s voices were quoted so seldom in the media, I had thought there was going to be a huge amount of resistance from journalists. And in fact, it was exactly the opposite,” says Kathy Magrobi.

A 50 year-old former media strategist, Ms. Magrobi founded the South African nonprofit company Quote This Woman in 2019, to create an online database of credible women experts--researchers, chief executives, heads of departments--that would be made available to newsrooms for free. The aim: to close the media’s gender representation gap and make the news really represent the actual South African demographics.

“I was so aware that women were not being quoted. When I picked up a newspaper or went online to read the news or listened to the radio, it was always men’s voices. And it was always the same men, the same few dial-a-quote men who were being quoted over and over again,” she says.

Women experts are out there, as evidenced by Quote This Woman’s extensive database, but they are still massively underrepresented in the media.

Last year, the Johannesburg-based NGO Media Monitoring Africa published a report on the media coverage of the Covid-19 pandemic in South Africa. The research found that women only represented 21 percent of all sources quoted in this coverage, which was consistent with previous analyses conducted by the organization.

“Every individual woman’s voice in the news on Covid-19 is drowned out by the voices of at least three, four or five men,” the report noted. “The women who are given a platform are rarely portrayed as authoritative experts or as empowered individuals but more frequently as sources of personal opinion or as victims affected by the disease.”

Ms. Magrobi says: “When women’s voices aren’t being heard equally to men in the media, we almost know for sure that they are also not being heard equally at the tables where decisions are made. This means that the absolutely crucial expertise that exists within half of the population is not being leveraged.”

The underrepresentation of women in the media is the result of a number of factors, such as structural inequality and internal bias, Magrobi says.

But it also has to do with the fact that South African media organizations and journalists are struggling to keep their heads above water--much like most newsrooms all over the globe. Covid-19 has made an already dire situation even worse.

“Journalists are overworked. They are posting to so many different platforms, and they’ve got so many more deadlines to meet because newsrooms are so much smaller now,” Magrobi says. “This means that journalists are literally scratching for whoever they can get an interview with. The default pundit is whoever can shout the loudest. And the loudest is usually a man, unfortunately.”

Quote This Woman also openly lobbies the media to get them to have a more gender-balanced coverage, and coaches the women experts featured on the database, pointing out to them that their perspectives are crucial. “Your voice is as valid as the man next to you,” she says. “You need to take every opportunity to speak to the media. Because it’s only if you do interviews that you will become confident and realize how important it is that you use your voice.”

MMagrobi says she has never worked so hard in her life. “I’ve loved every day of it. Fifty years old is much older than I would have liked to be in the position of running a startup. It was not on my agenda, but it’s something I’ve relished.” Her daughter Jordan Magrobi helped her create the database, which now has over 350 women thought-leaders, experts and activists readily available for the call and more than 470 journalists as subscribers.

However, Covid-19 has dealt a blow to the already scarce resources of the company. Quote This Woman has not managed to secure additional funding, passed their initially awarded South African Media Initiative Program grant, and currently runs on donations from experts and academics who believe in the project, and help from seven volunteers. “It’s just been absolutely heartbreaking to think that the project might not survive simply because the funding environment is so dire,” Magrobi says.

Even though the coronavirus pandemic has had such a devastating impact on finances, the nonprofit’s founder is thankful journalists have been able to access the database during the heights of the health crisis.

“There is now the issue of women having to leave the workplace. And when I think about that I get chills--thinking about where society could be going with now even less experts and less professional women,” she says.

“So we are just thankful that the women whose voices are being heard are making space for those who are coming next. They are setting a standard to make sure that their voices will be heard and so will those of the following generations.”