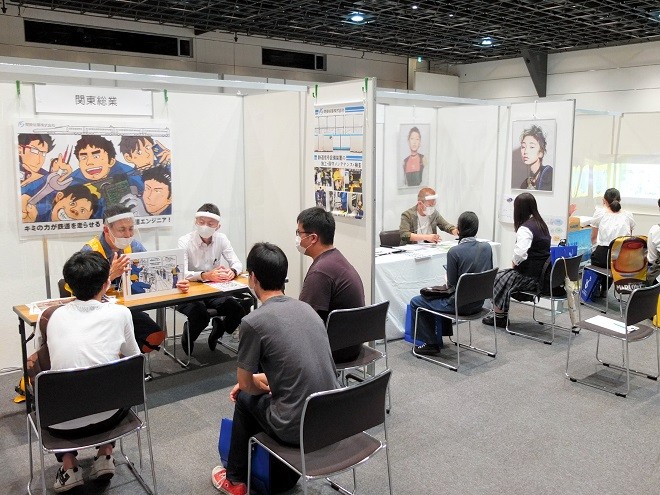 But sometimes there are lines that take you by surprise, so you'd better pay attention.

Rihoko, one of the principal characters, played by Kasumi Arimura, quit her job over hurt feelings, went on a job hunt, came across a company she liked, and decided to apply.

The deciding factor was that a spectacular ikebana flower arrangement graced the company's reception desk in the corporate brochure.

Below are her exchanges with Haruto, who lives nearby, played by Masaki Suda.

Haruto: What? That's your only reason (for choosing this company)?

Haruto: Is it ever possible to be motivated by such a frivolous reason?

Rihoko: It's frivolous, I know. But those flowers looked so powerful to me particularly today.

She was at the height of her radiance when she was in high school, where she was a member of the school's flower arrangement club.

Her initial hesitation about working for the company dissipated when she realized that someone there had to love flowers.

"People may choose a company for its cute logo, or because the company has a cool name. But I don't believe that's so wrong," she says.

Haruto's story is not about pursuing a dream. It starts after the dream was shattered.

Perhaps viewers are drawn to this drama series because it stirs up memories of their own past dreams.

The annual job-hunting season has begun. There is no doubt that becoming employed is a major turning point in life.

That's why people ask themselves, "What do I really want to do?" and "What kind of work am I suited for?" The pressure can feel overwhelming at times.

When that happens, clutching at any straw is never the same thing as giving up on yourself.

The action may well result in lifting you up.