Study: Olympics with spectators would cause 10,000 infections 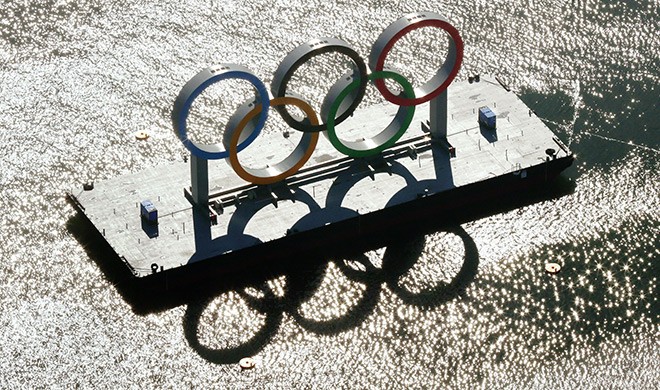 If spectators are allowed to attend the Tokyo Olympics, an additional 10,000 people in the capital would be infected with the novel coronavirus within a month, health experts warned.

They also said the figure could rise further, depending on the spread of coronavirus variants.

The experts from Kyoto University, the National Institute of Infectious Diseases and other institutions estimated the number of new infections in the capital between July 23, when the Olympics are scheduled to open, and late August.

They compared the projected virus situations in Tokyo if the Summer Games are held with or without spectators, and submitted the results to an expert panel advising the health ministry at a June 16 meeting.

The experts’ study assumed that the flow of people in the capital will jump by 10 or 15 percent after the COVID-19 state of emergency is lifted for Tokyo on June 20 as scheduled.

Such human traffic would further rise by 4 or 9 percent if the Games are held without spectators, and by 5 or 10 percent if the attendance is allowed.

Their COVID-19 projections were also based on the assumption that 150,000 vaccine shots will be administered to Tokyoites daily from June 20, with an 80-percent effectiveness rate in preventing infections.

About 84,000 doses were administered to senior citizens in the capital on June 15, according to the metropolitan government.

The experts also took into account the potential spread of the Delta variant that emerged in India.

Using the Tokyo Olympic organizing committee’s estimates on the number of spectators, the experts reckoned that around 250,000 people will travel in the capital and surrounding areas per day to watch the Games at the venues or public viewing events, some of which have been canceled.

The calculations showed that the difference between holding the Olympics with spectators or without fans would be more than 10,000 new COVID-19 cases in Tokyo by around Aug. 25.

That means the capital would have to deal with an additional 300 or so new cases daily if spectators can attend the Games.

The figure is based on the scenario of a 15-percent increase in the flow of people after the state of emergency is lifted and an additional 10-percent rise after the Olympics kick off, even if the impact of the Delta variant is kept to a minimum.

According to another estimate presented by the experts, Tokyo’s daily number of new infections would exceed 500 by mid-July if the movement of people increases by 10 or 15 percent, regardless of whether the Olympics take place or are called off.

An area with that number of daily new cases is deemed at the equivalent of stage 4, the most serious situation in terms of the spread of infections. A stage 4 condition calls for the government to consider issuing a state of emergency.

Yuki Furuse, a program-specific associate professor at Kyoto University and one of the experts, said people’s behavior and the government’s anti-virus measures will change once infections start rising, indicating that the actual figures may drop.